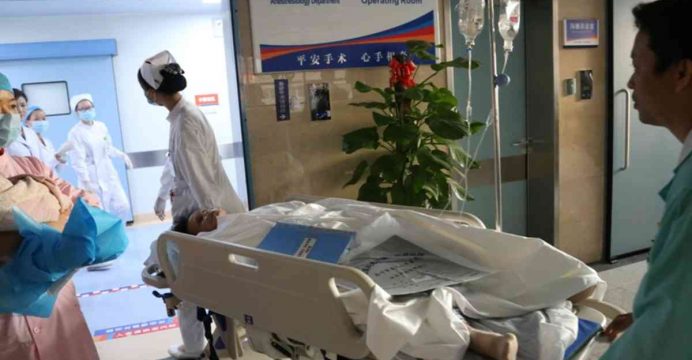 China’s healthcare system is overly reliant on large, over-burdened hospitals, which will struggle to cope with a spike in diseases linked to the fast-ageing population, the World Health Organization said on Saturday.

“As China’s health challenges … continue to mount, with an aging population, so too will the demands on the country’s health system, along with the costs,” WHO China representative Bernhard Schwartlander said in a commentary, pointing to rising rates of cancer and cardiovascular disease.

“It is simply not sustainable to meet these challenges in a health system that relies on hospitals.”

China has been trying to overhaul its healthcare system, including promoting local, grassroots medical facilities and pledging to raise the number – and quality – of local GPs. However, low doctor salaries and a lack of trust by patients in local health centers has slowed progress.

The WHO pointed to long queues, difficult booking systems and tight consultation slots that often last just a few minutes.

“(It is) a symptom of the enormous patient load and pressure which doctors in China face every day,” it said. “But this is not how things should be in a well-functioning health system.”