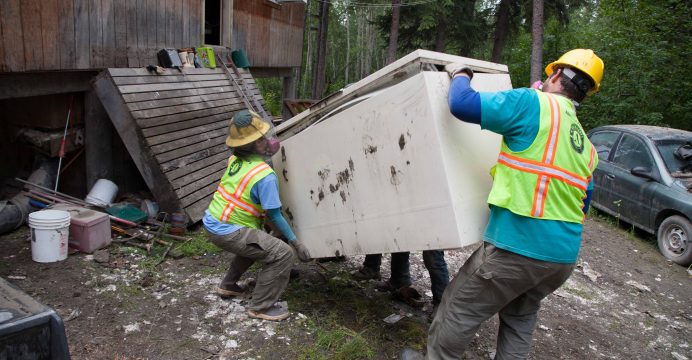 Young adults with jobs that involve heavy lifting and forceful movements might be at higher risk for back pain later in life, a study from Finland suggests.

“When you’re young, you do things your own way, you muscle your way through it, but sooner or later, that behavior can cause problems,” said Michael Timko, a physical therapist and instructor at the University of Pittsburgh who was not involved with the study, reports Reuters.

“If we’re going to put a dent on the back pain issue, we should consider training younger people about basic body mechanics like how to lift and load and how to sit properly,” he told Reuters Health by phone.

To examine whether heavy physical work in young adulthood increases the risk of low back pain in midlife, Tea Lallukka from the Finnish Institute of Occupational Health and colleagues surveyed 738 Finnish men and women in 1986, when they were between 18 and 24 years old, and again 20 years later.

The responses indicated whether participants had done heavy, medium or little to no “heavy” physical work as young adults and whether, in middle age, they’d had localized or radiating low back pain lasting more than seven days during the previous year.

Heavy physical work was not significantly linked to localized low back pain.

But the likelihood of radiating back pain in middle age more than doubled for men who reported heavy physical work as young adults, compared to men whose jobs had involved little to no physical work, the research team reported in Occupational and Environmental Medicine, August 11.

About 80 percent of adults experience low back pain at some point in their lifetime, according to the National Institute of Neurological Disorders and Stroke. It is the most common cause of job-related disability and a leading contributor to missed workdays.

“But employers should also consider the potential risks involved, when they place young people in jobs that require repetitive movements, heavy workload and difficult positions,” she said.

“Think of an athlete, they have a training regimen so when it’s time to perform, they’re ready to perform,” Timko said.

“The same should be applied when you have a physically demanding job–people should see themselves as occupational athletes.”