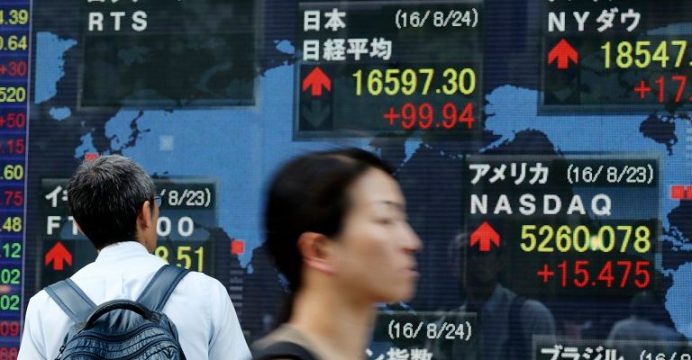 With speculation growing that US interest rates could rise by the end of the year, Yellen’s comments at a global central bankers meeting in Jackson Hole on Friday will be scoured for forward guidance on US central bank policy.

There is a chance borrowing costs could rise as soon as next month, analysts say, but most bets are on a move just before the end of the year, or in February. 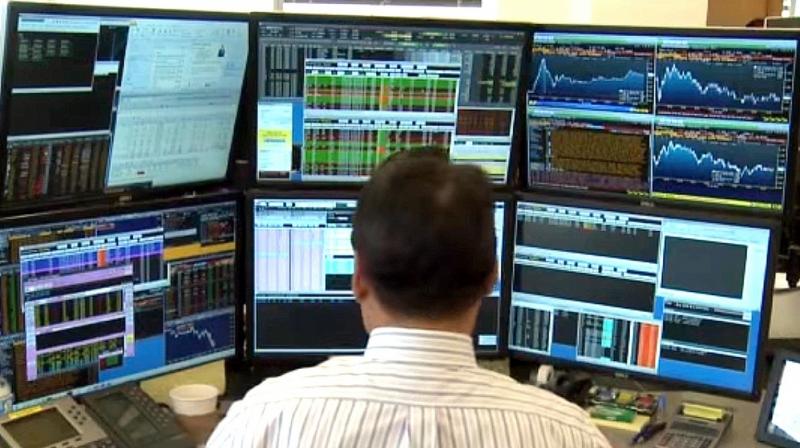 “While recent US data has been mixed, the base case for the Fed is probably to increase rates in the absence of any compelling reason not to,” Michael McCarthy, chief market strategist in Sydney at CMC Markets, told Bloomberg News.

“The Fed is aware that there’s a substantial risk that if economic conditions deteriorate, they have very little room to move. Given this, the central bank wants to normalize rates as soon as they can.”

The dollar rose against most other currencies, hitting 100.41 yen from 100.23 yen in New York, while the euro eased to $1.1295 from $1.1307. The greenback was also sharply up against high-yielding units including the Australian dollar, South Korean won and Indonesian rupiah.

On equity markets, Tokyo ended the morning 0.5 percent higher but most others were lower. Hong Kong lost 0.7 percent, Shanghai eased 0.1 percent and Seoul shed 0.3 percent while Singapore was 0.2 percent lower. There were also losses in Wellington, Manila and Jakarta.

Oil traders were also in retreat, hit by data from industry group the American Petroleum Institute showing a surge in the country’s stockpiles.

West Texas Intermediate slipped one percent to $47.64 and Brent was off 0.8 percent at $49.58. The losses wiped out Tuesday’s gains that were fuelled by a report saying Iran could support efforts by OPEC and Russia to limit crude output, having previously said it was against the idea.

The commodity plunged Monday after Iraq said it plans to boost production, while a rebel group in Nigeria called a ceasefire after months of attacking oil installations in the country.

Another missile test by North Korea that Japan reportedly said landed in its air defence zone brought geopolitical tensions back to the fore.

But Stephen Innes, senior trader at OANDA, said: “With Jackson Hole and monetary policy in both Japan and US taking centre stage we expect limited follow through, but traders will keep an eye out for an escalation of political tension.”