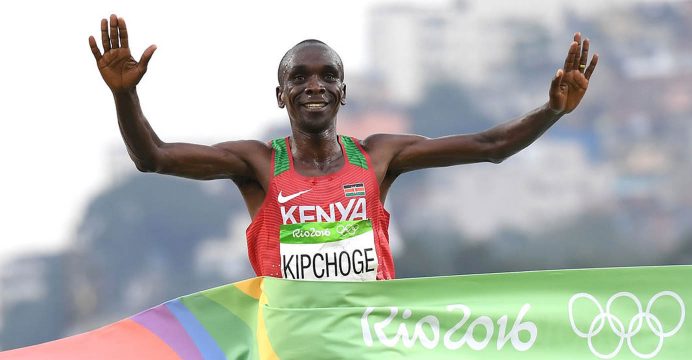 Kenya’s Eliud Kipchoge triumphed in the men’s Marathon in 2:08:44, marking the first time both men’s and women’s gold went to the same nation.

Kipchoge won the men’s marathon, running into the Sambodromo a minute and 10 seconds ahead of Ethiopia’s Feyisa Lilesa. American Galen Rupp took bronze in 2:10:05. The Kenyan upped the pace around the 30km mark, starting with a group of a dozen runners about him who slowly dropped away one by one until he ran the final kilometres alone. His victory came a week after compatriot Jemima Jelagat Sumgong won gold in the women’s marathon.

“It was a championship and it was a bit slow, so I decided to take over,” he explained his strategy for the rainy day in Rio. “I came here for gold. The five or so kilometres I was alone was when my mind relaxed. Kenyans will be very happy. This is history, the first time the women and the men win and the best moment of my life. It’s amazing for us.” 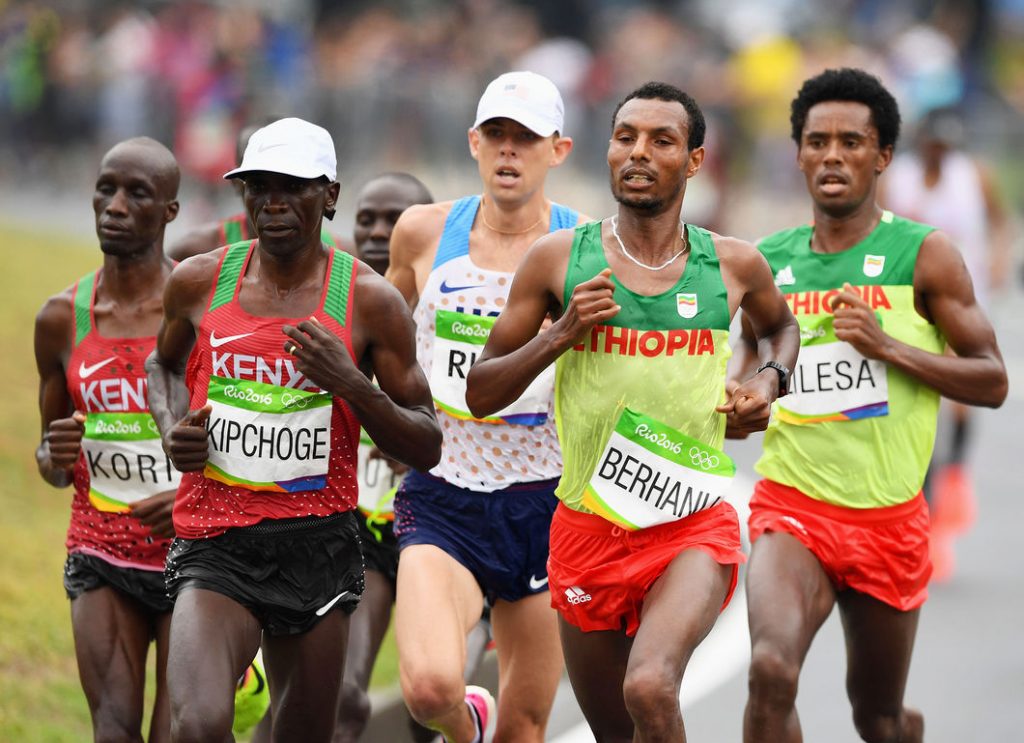 In previous Olympic appearances in 2004 and 2008, he made it to the podium in 5,000m before shifting his focus to marathon. Kipchoge has now won seven of the eight marathons he has entered, including two London Marathon victories and first place in Hamburg, Rotterdam and Chicago. With the Rio triumph, Kenyan runners have claimed a spot on the Olympic marathon podium three times in a row, following silver and bronze performances in London and gold in Beijing.

“I am very happy with silver as it was a hard race,” said silver medallist Lilesa. His silver is the eighth medal for Ethiopia in this event. Only US marathon runners have won more Olympic medals than Ethiopians with 10.

Galen Rupp, silver medallist in 10,000m in London, had also taken part in the 10,000m race in Rio earlier in the week, where he placed fifth: “I was emotionally drained after the 10K, but I got it out of the system and decided to have an attacking race. Maybe this is my best event.”

Speaking of Kipchoge, he added: “He’s obviously the great marathoner there is right now. It’s not like he’s a one-hit wonder where he ran one great race. He’s done it over and over and over again.”