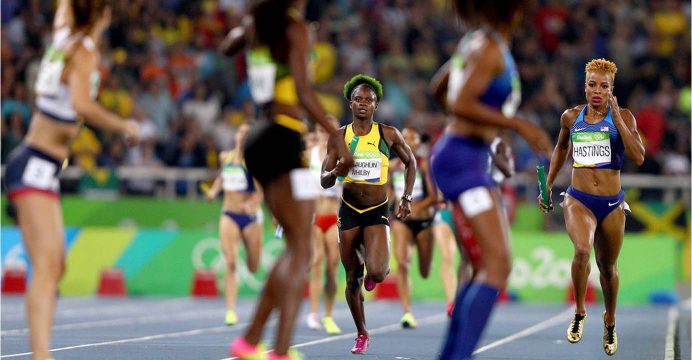 The US men and women triumphed in the 4x400m relay for the fifth time, a record equaled by no other nation, as women’s anchor Allyson Felix won her sixth career gold.

US women maintained their iron grip on the title when they held off Jamaica for their sixth straight victory. They finished in 3:19.06 as Courtney Okolo set the stage for the win by grabbing the lead in the opening leg. The US never relinquished it, pushed by Jamaica but well clear of the rest of the field.

After team-mates Natasha Hastings and Phyllis Francis, anchor Felix took the baton. She held off a late challenge by Jamaica’s Novlene Wiliams-Mills to claim her third medal of the Rio Olympics, having won gold in the 4x100m relay and silver in the individual 400m. Jamaica setlled for silver in 3:20.34 and Great Britain took bronze in 3:25.88. 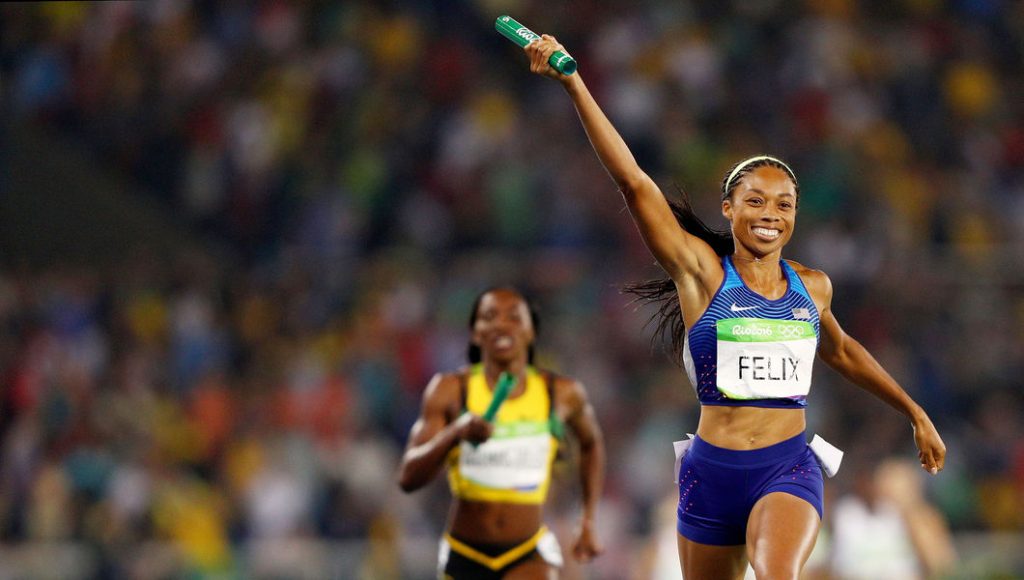 “It’s really special,” Felix said of her sixth Olympic gold. “I can look back on the things that I’ve accomplished and really be proud and really grateful for what track and field has brought to my life. This one wasn’t an individual medal and the great thing is I get to share it with these great friends. I am so blessed.”

The US gold streak started at the 1996 Atlanta Games. Jamaica’s silver was their fifth straight medal in the event, following silver in 2000 and bronze in 2004, 2008 and 2012 while Britain claimed their first medal since 1992.