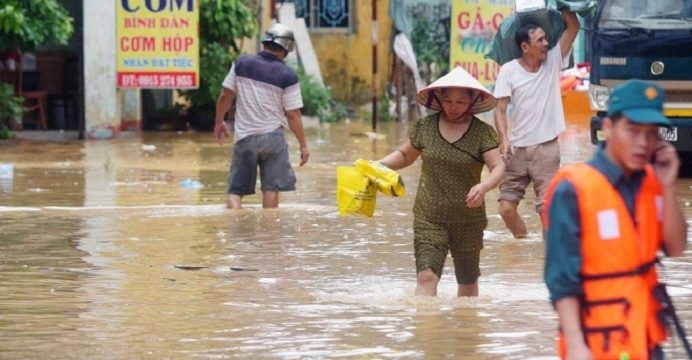 After making landfall in northern Vietnam on Friday afternoon, Typhoon Dianmu weakened into a tropical depression.

At the same time, the typhoon has left 44 houses collapsed, 651 unroofed and damaged, 1,511 flooded while as many as 2,154 houses are in urgent need of evacuation.

Around 8,843 hectares of rice and 1,189 hectares of crop are seriously flooded. Some 61 cattle and 1,895 poultry are killed or washed away, said the committee. The typhoon also swept away 14 bridges, damaging four dams, and breaking 63 electric poles.