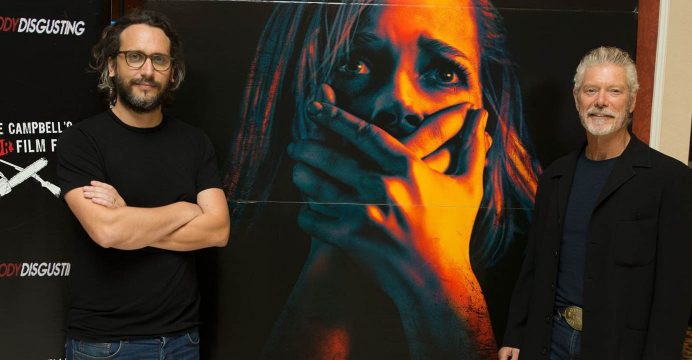 The rise of ‘smart’ low-budget horror

A new wave of low-budget “smart” horror movies is challenging the studio behemoths with a recipe that swaps gratuitous gore and elaborate special effects for good old-fashioned suspense, reports BSS.

“Don’t Breathe,” which is due for release next week on the back of widespread acclaim, is hoping to emulate the success of “The Babadook,” “It Follows” and a series of other creepy hits made on a shoestring.

While they lack the marketing muscle of the summer tentpoles, these films often become word-of-mouth hits, gathering momentum as reviewers praise their uncompromising refusal to rely on the usual horror tropes.

“Mainstream horror these days is really all about whatever’s clever — a new twist on an old story, or one hell of a trailer,” Jeff Bock, of film industry research firm Exhibitor Relations, told AFP.

“As we’ve seen lately, ‘smart’ horror films are in vogue right now,” he said, adding however that there would always be excitement when “a horror icon is revived for one more hunt.”

“It Follows” (2014), a thematically rich modern slasher that takes its cue from the 1980s output of masters like Wes Craven and John Carpenter, is often cited as the jewel in the crown of horror’s new wave.

Its director David Robert Mitchell was acclaimed for weaving the cliche of teenagers menaced by a malevolent supernatural force into that rarest of things — a scary movie that drips with subtext and not just blood.