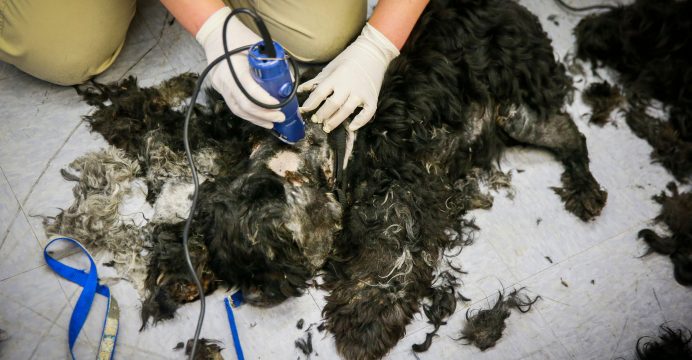 A picture is worth a thousand words – or at least that is the philosophy behind a New York clinic that is creating Zika-inspired art to raise awareness about the virus.

At All City, a combination art gallery and pediatrics clinic, artist Shaun Crawford was hired on Thursday to create illustrations that will be made into an educational brochure.

“I decided to draw the mosquitoes and make them a little more aggressive than my drawings usually are that I do here,” Crawford told Reuters Television, reports Reuters.

While the sketches got the attention of the clinic’s toddler patients, their greater aim is to help raise the awareness of their parents, who may be unaware of the dangers of Zika.

Among the dangers of the mosquito-born disease is microcephaly, a rare birth defect which is marked by abnormally small heads and developmental problems.

Health officials said on Tuesday that at least 483 people in New York had contracted the virus, including 49 pregnant women.

All the cases were either travel-related, or acquired through sexual contact. But there is concern that with New York’s extensive Dominican and Puerto Rican populations, the virus could easily spread if residents travel or family members visit.

The Zika outbreak was first detected in Brazil last year and has since spread to more than 50 countries and territories, many of them in Latin America and the Caribbean.

The clinic’s physician, Dr. Vladimir Barayev, said that the media had been flooded with information about Zika in a verbal form.

“When you put an image with something like Zika in particular, it opens people’s eyes,” he said. “Like, ‘Oh, I never realized that, no matter how much I heard about Zika, I never realized.'”

Even though the mosquitoes in Crawford’s sketches are harmless, their message is clear: Zika is a viable threat.

Florida health officials have found evidence of local Zika virus transmission in Miami Beach, one of the world’s most popular tourist destinations, a source familiar with the investigation said on Thursday.

Zika is transmitted to people through the bite of an infected Aedes aegypti mosquito. The insects are found in almost all the countries in the Americas.