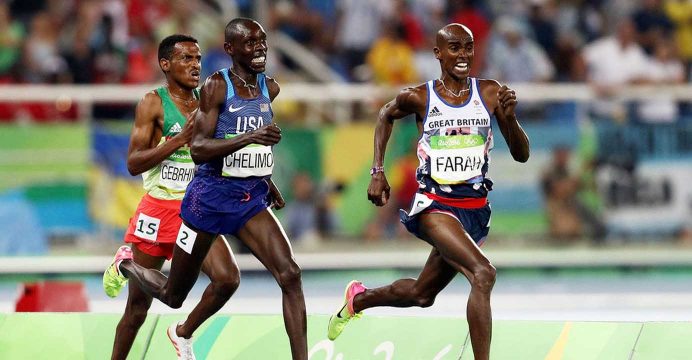 Briton Mo Farah joined the ranks of the all-time greats, becoming the second man to retain both Olympic track long distance titles after adding a brilliant 5,000m gold to his 10,000m.

Farah took centre stage for his double-double — winning both the 5,000m and 10,000m in two consecutive Olympics — to emulate Finland’s Lasse Viren’s 1972 and 1976 achievement. Paul Chelimo of the United States finished on silver as Ethiopia’s Hagos Gebrhiwet took bronze.

The race in Rio looked testing for Farah as Ethiopian trio Dejen Gebremeskel, Muktar Edris and Gebrhiwet all passed up running in the 10,000m to concentrate on the shorter distance. The defending champion was surprised as the Ethiopians upped the pace early in the race: “They just put the hammer down and continued to work. I was like ‘oh, these guys are going to do some work’. I just got involved with the race with five laps to go.” 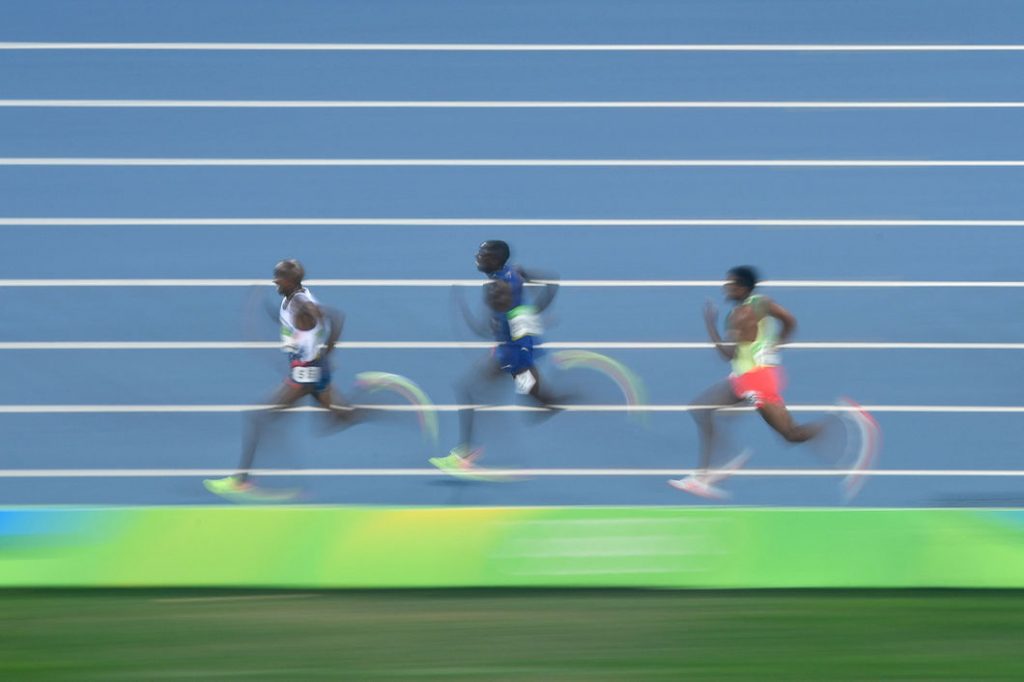 Entering the final lap, he refused to yield his inside lane position in a determined duel with Chelimo and finished strong over the final 120 metres to take gold. “I did it in London and that was incredible and now four years later to do it again, there’s no words. Mentally, I had to be on top of my game. The guys were out there to get me. I just had to be alert. You’ve got to do your homework and that’s what I’ve done over the years. If you look at me, I didn’t win medals until just recently, I’d been coming sixth, seventh.”

American silver medallist Chelimo, said: “I can sleep happy as an Olympic silver medallist in 2016. People were pushing back and forth. It wasn’t an easy race, you can’t just expect a medal. I’m going back to work hard and train hard because now I have motivation behind me.”

Bronze medallist Gebrhiwet was full of praise for Farah: “Our strategy was to go fast and drop Mo Farah. In the first six laps we tried our best but when we couldn’t see any change, we held it back then. He did the best. He achieved the best. He was super in both Olympics. He deserves it. I’m happy with the medal because four years ago in London I finished 11th.”