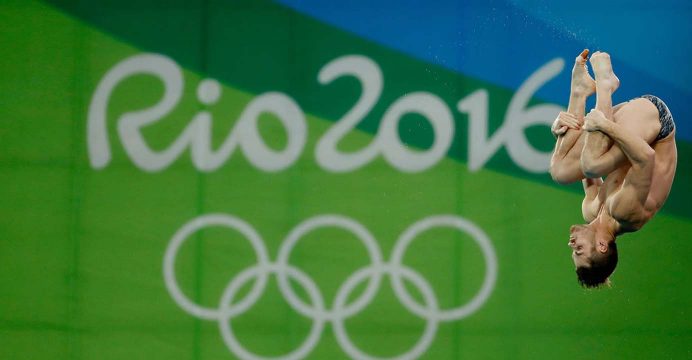 Chen, at his first Olympics, showed consistency throughout his dives, gaining high scores to total 585.30 with his tight spins and clean entries into the water even as his rivals, including team-mate Qiu Bo, stumbled. Mexico’s German Sanchez and American David Boudia took silver and bronze.

Chen was in tears after he found out he had done enough to take gold: “I thought that I have spent more than four years training and now I earned what I worked for. Especially the gold medal for the individual event, I never thought that I would become the champion. Maybe for the synchronized event, yes, but not for the individual one. This one was kind of a surprise.”

Sanchez won his second Olympic medal in diving, following a silver in the men’s 10m platform synchronised event in London four years ago. He was focused on his own good performance rather than tracking the scores after starting poorly: “I only thought about what I needed to do on each dive. I think that, even now, I’m just trying to live in the moment and enjoy myself.” 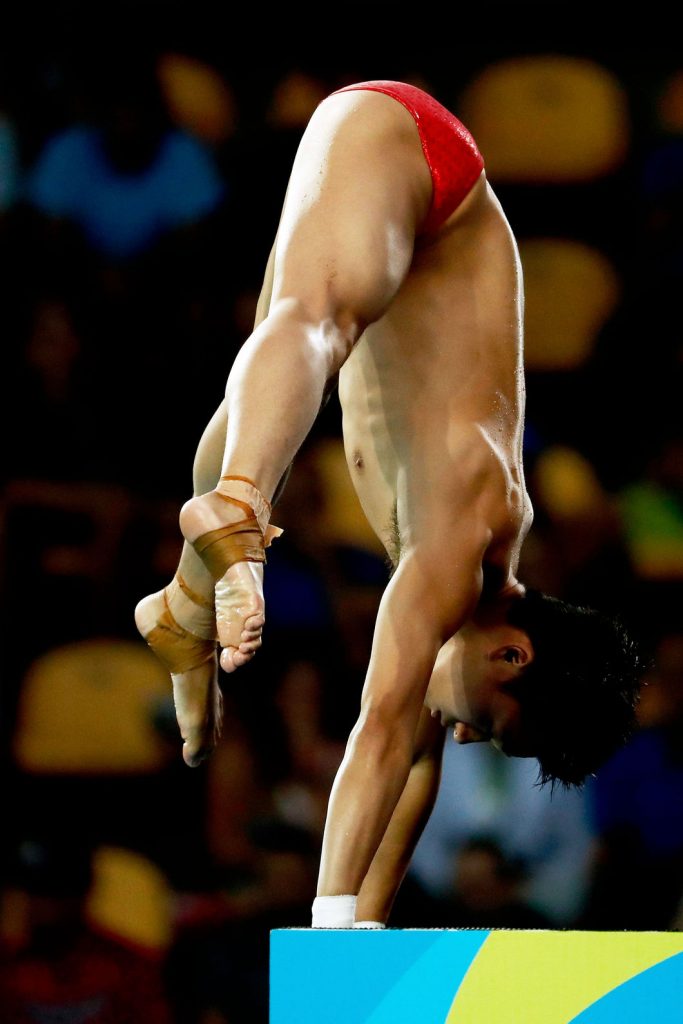 Boudia, who won gold in London, recovered from a poor semi-final performance, where he finished 10th, to acquire 525.25 points and secure bronze. His final, lower-scoring dive pushed him down to third position at the last minute, behind Sanchez, who scored 532.70. He chose the forward 4-1/2 somersaults tuck, which gave him his lowest score of 68.45, to finish the competition.

“This dive has been a thorn in my side. My take-off is absolutely perfect but I cannot find the bottom to save the life of me. But I chose to do it at the end of this competition because I wanted that pressure. It didn’t go my way this time. Today was just a rocky road. There were ups and downs, highs and lows. But a bronze means you’re third best in the entire world. That’s pretty special,” he talked about winning his fourth Olympic medal.

London 2012 silver medallist Qiu Bo ended the competition in fifth place despite scoring a perfect 10 from all six judges on his third dive, after low scores of 47.25 and 47.50 on his second and fifth attempts knocked him out of the running for a podium spot. Tom Daley of Great Britain, who had been expected to be a strong medal contender after topping the preliminaries, was surprisingly ousted in the semi-final after he botched three of his six dives to come in last.

China took all but one of eight diving golds available in Rio. In the men’s 3m springboard synchronised event where they took the bronze instead as Great Britain triumphed.