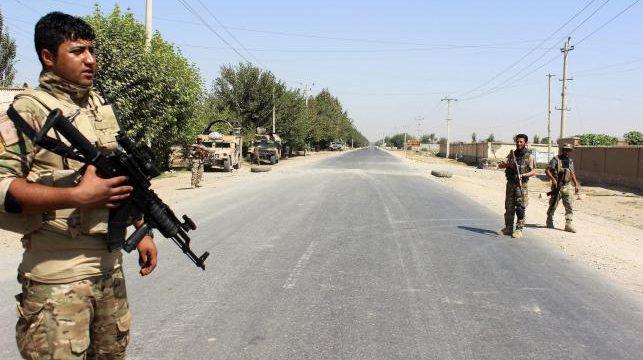 About 43 Taliban militants were killed as Afghan security forces waged an operation in Afghanistan’s northern province of Kunduz on Saturday, a military statement said on Sunday, reports BSS.

On early Saturday, the Taliban seized Khan Abad district after days of clashes, but the security forces regained control of the strategic district which is located 25 km east of the provincial capital of Kunduz city late Saturday night.

“The Taliban shadow district governor named Dr. Hussain for Khan Abad was among the killed,” the statement noted.

The militants set on fire several security checkpoints in Khan Abad and took the office equipment and several vehicles after briefly capturing the government office buildings.

The main highway, connecting Kunduz to the neighboring Takhar and Badakhshan provinces, was blocked during Saturday’s clashes.

Sporadic clashes were still going on around the militancy-hit Kunduz province on Sunday morning, according to local sources.

The Kunduz province and neighboring Baghlan and Takhar provinces have been the scene of heavy clashes over the past couple of months as Taliban has been trying to challenge the government forces in the once relatively peaceful region.