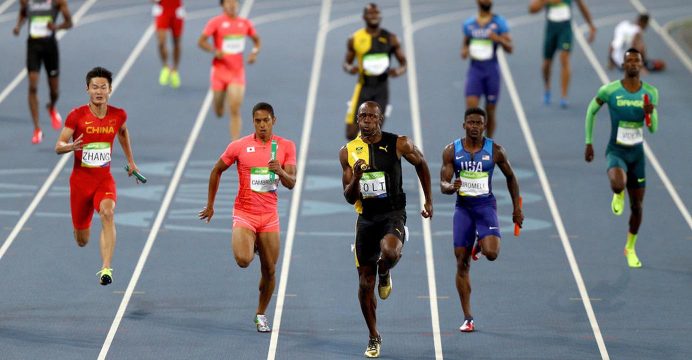 Usain Bolt drew down the curtain on his brilliant Olympic career by securing a sweep of the three sprint titles in Rio when Jamaica successfully defended the 4×100 metres relay crown on Friday.

Two days before his 30th birthday, Bolt ran the anchor leg as the Jamaicans won in 37.27 seconds to add the relay gold to the 100 metres and 200 metres titles.

Ryoto Yamagata ran a blistering opening leg for Japan, who won a stunning silver for their first Olympic medal in the sprint relay in 37.60, improving the Asian record they set in qualifying. 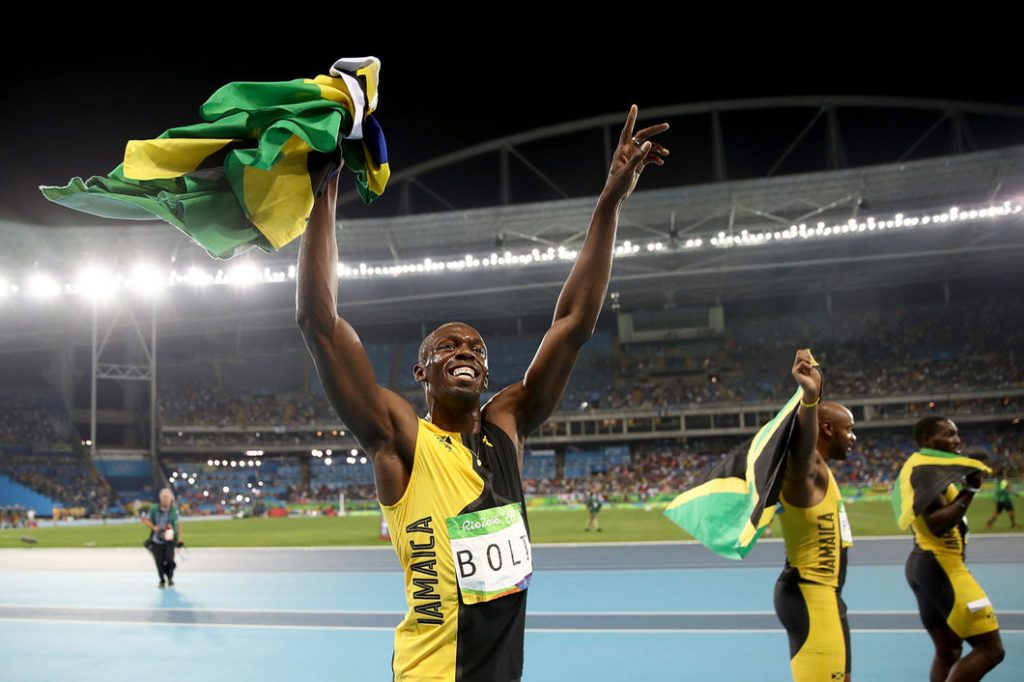 Trayvon Bromell’s dip for the line was so aggressive that he stumbled over and the United States thought they were settling for bronze in 37.62, the first time they had failed to finish in the top two when they started a final. However, they were disqualified along with Trinidad and Tobago as Bromell stepped into Bolt’s lane in the run to the line.

Canada were elevated to bronze after their run of 37.64, a national record which gave Andre de Grasse his third medal of the Games after his bronze in the 100m and silver in the 200.

It was the only medal that Bolt was going for that required the input of anyone else, but Asafa Powell, Yohan Blake and Nickel Ashmeade gave the double sprint world record holder the narrowest of leads at the final exchange.

That was always going to be enough, though, and Bolt powered down the straight to finish five metres clear of Japan’s Aska Cambridge.