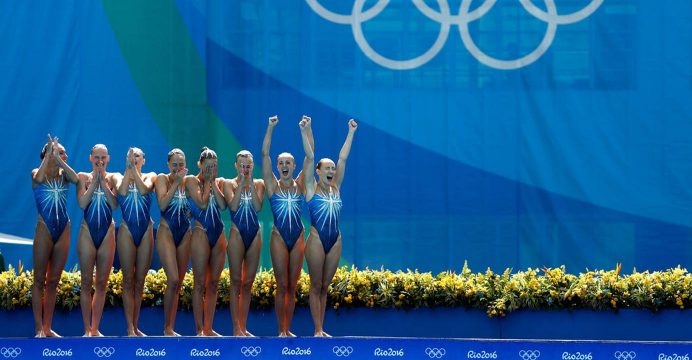 Russia’s Synchronised Swimming team swept to their fifth consecutive Olympic gold medal at the Maria Lenk Aquatics Centre on 19 august, maintaining a winning streak that goes all the way back to Sydney 2000.

Producing moving choreography for their free routine, entitled “The Prayer”, the Russians scored an impressive 99.1333 points to seal an expected victory in the best possible style. Amassing a total score of 196.1439 points for their technical and free routines, the Russians topped the podium from China, who totaled 192.9841, and Japan, who were third with 189.2056.

For team members Svetlana Romashina and Natalia Ishchenko, who won the women’s duet earlier at Rio 2016, this latest victory brought them their fifth Olympic gold medals, putting them level with compatriot Anastasia Davydova as the sport’s most decorated athletes. “We said to each other that we wanted to have five medals, like the Olympic rings,” said Romashina. “My parents have a special box for them. They all belong to them because it was they who took me to the swimming pool when I was six years old.” 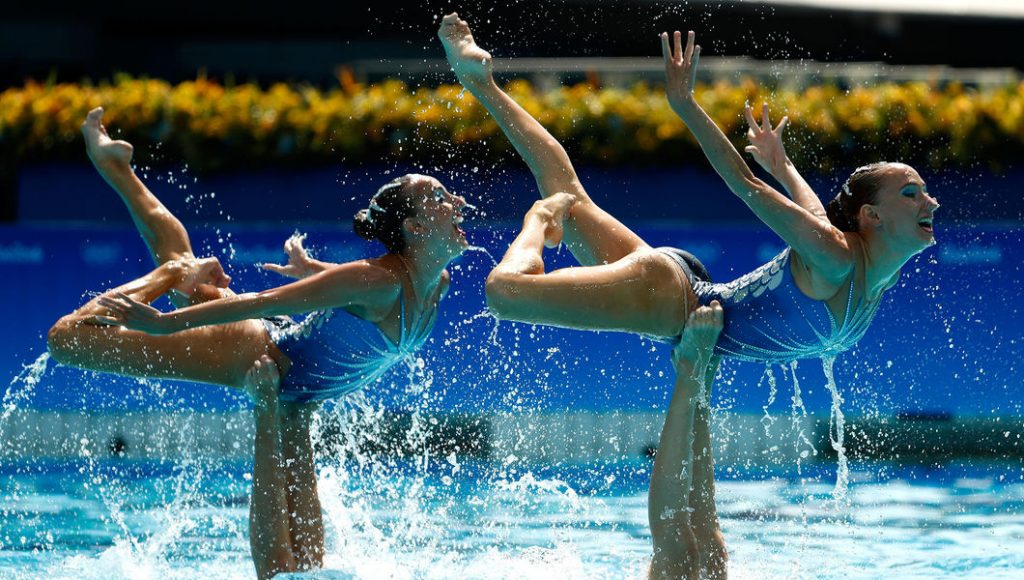 Explaining the motivation behind their gold-medal winning free routine, Ishchenko said: “Our head coach (Tatyana Pokrovskaya) had a family drama and it coincided with the time when she trained us. And this is what went into this routine as the main message.” Reflecting on her country’s continuing success in the discipline, Ishchenko, who wore a costume with angel wings for the occasion, added: “I happen to believe that this particular program was the best ever in the history of synchronized swimming.”

“We cried after the performance, because we just knew we had executed it well,” said an emotional Romashina. “We watched the underwater shots and saw that the lifts and the synchronicity worked out. We saw that everything went well. There were so many tears and we were so relieved and happy that we did everything.”

Pleased to have pushed the peerless Russians relatively close and to see her country finish on the podium for the third Games in a row, China’s Sun Wenyan said: “We have definitely become a challenge to Russia. Synchronized swimming has a relatively short history in China, so at London 2012 we made a historical breakthrough. We got the first medal, and in Rio this year we got silver in the duet and in the team event today. I think we did really well.”

The last of the teams to perform, Japan landed their first medal in the event since winning silver at the Athens 2004. “We actually thought we were lucky to be able to go last,” said team member Yukiko Inui. “It meant we knew everyone else’s scores and exactly what we needed to score to get a medal. We didn’t feel any pressure at all.”