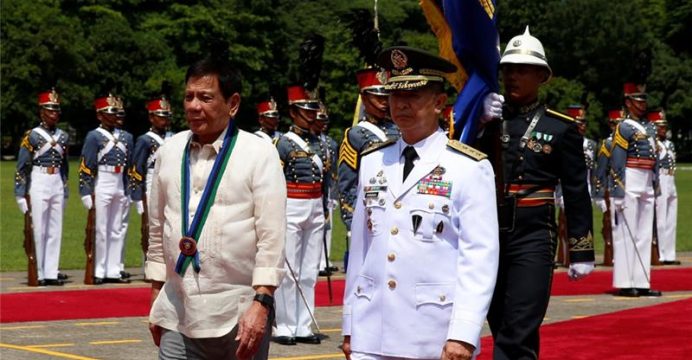 The Philippine government and communist rebels have reached a truce, ahead of the resumption of peace talks in Norway, and just a week after President Rodrigo Duterte abruptly called off a unilateral ceasefire, reports Aljazeera.

The restoration of the government’s ceasefire would take effect on Sunday and last “for as long as necessary to bring peace in the land,” Jess Dureza, a top government negotiator, said on Saturday.

“The enabling environment brought about by this silencing of the guns will hopefully go a long way in bringing about an expeditious and early resolution to our differences and aspirations that have long divided us as a people,” he said.

Duterte first declared a unilateral ceasefire with the communist rebels on July 25 but withdrew it six days later, after the rebels killed a member of a government militia.

Meanwhile, the National Democratic Front of the Philippines, the political arm of the communist rebels New People’s Army, declared that their ceasefire would begin on Sunday and last for the duration of the Oslo talks between August 22 and 27.

The communist rebels said the government’s reciprocation of their declaration was “a show of all-out determination to move forward with peace negotiations.”

Dureza assured the rebels that the Duterte administration was willing to “walk the extra mile for peace.”

“Our citizens deserve no less. They wish to live peaceful lives bereft of the costs and tragic consequences of conflict and violence,” he said before leaving for Oslo.

On Friday, two senior communist leaders were released on bail so they could travel to Oslo for the talks. The peace negotiations had been suspended in 2012 after former president Benigno Aquino rejected rebel demands to free political prisoners.

The military estimates the current strength of the rebel fighters at about 4,000, significantly down from more than 26,000 at its peak in the late 1980s.