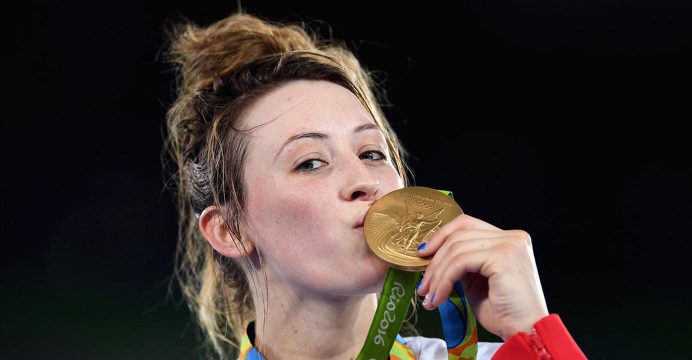 Jade Jones made history as Great Britain’s first-ever Taekwondo gold medallist at the Olympic games London 2012. And four years later, Jade Jones once again achieved the unprecedented by defeating Spain’s Eva Calvo Gomez in the final of the -57kg division at the Olympic Games Rio 2016, becoming the first Olympian to defend her crown in this class.

In truth, the only surprising aspect of her monumental feat is the fact that the athlete from North Wales is just 23 years old. That Jones possesses immense ability in the arena has been without question ever since she clinched gold at the inaugural Youth Olympic Games Singapore 2010 in the -55kg category.

Further success inevitably followed, including victories at both the US and British Open championships in 2011 and, more recently, gold medal performances at the 2015 European Games in Baku and the 2016 European Taekwondo Championships.

Despite these impressive performances, world no.1 Jones – nicknamed ‘The Headhunter’ – still faced a tough route on her way to a second Olympic gold in Rio. 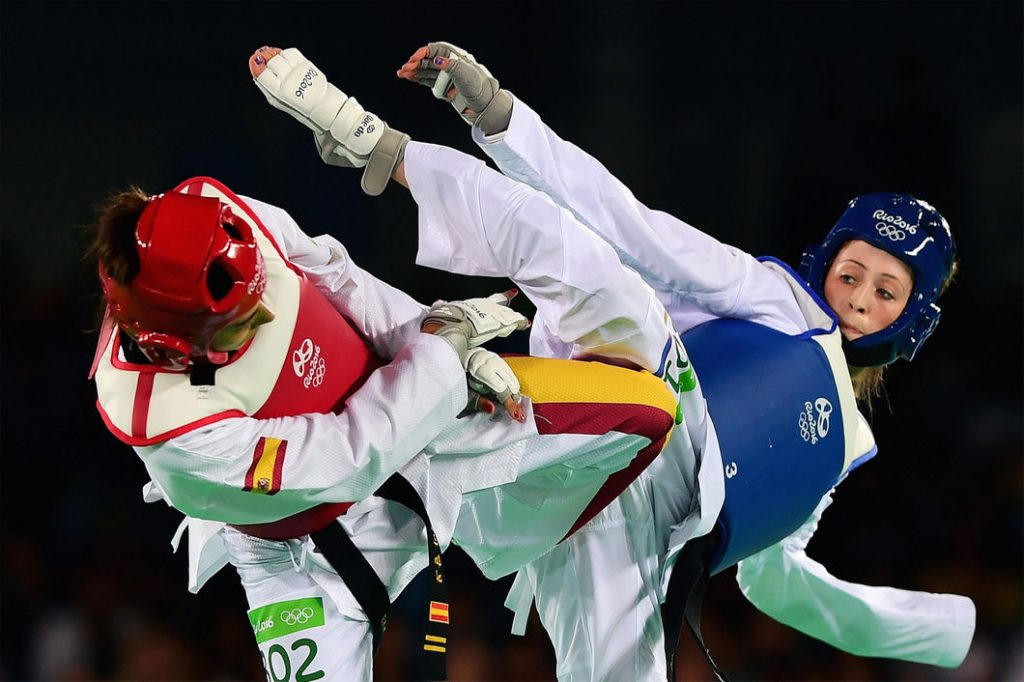 After overcoming Morocco’s Naima Bakkal 12-4 in the round of 16, she defeated Raheleh Asemani of Belgium 7-2 in the quarter-finals, before a tight 9-4 win over Sweden’s Nikita Glasnovic set up the final bout against Calvo Gomez in front of a frenzied crowd at the Carioca Arena 3.

After taking an early lead in the tie with two head kicks, Jones was pegged back by her resurgent opponent, with the Spaniard reducing the deficit to just one point by the end of the second round.

Such is Jones’s mental fortitude, however, that she stormed back in the third and final round to claim a 16-7 victory and her second gold medal – attributing her triumph at the end of the match to her single-minded determination to repeat her London 2012 heroics.

“To be honest I was only ever coming here for gold,” she said. “I know I’m the best but in taekwondo anything can happen. It’s just seems, even though you know you’re the best, it’s still surreal, because it’s about doing it on the day and anyone can take it.

“It’s just so special because it wasn’t a fluke. The journey to Rio has been so much harder. In London, I was just a little kid who went for it. This has been so mentally tough.”

Heading into Rio 2016, Jones revealed that her aim was to “become a legend, a double Olympic champion”. On Thursday, she did just that.

And considering she will only be 27 years old by the time the Olympic Games Tokyo 2020 come around, a third gold – and taekwondo immortality – remains a strong possibility for this fighting phenomenon.