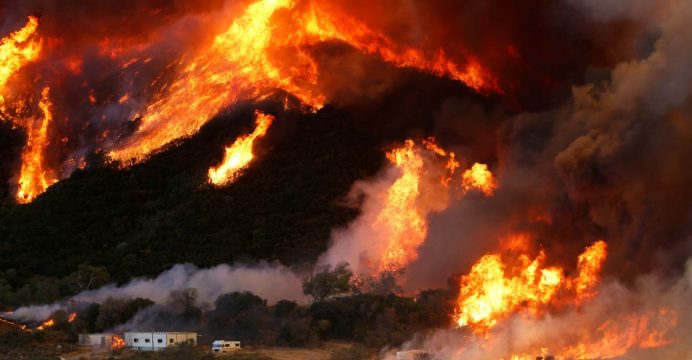 Wildfire in California forced 10 thousands people to flee their homes

Firefighters battled on Thursday to douse a series of wildfires fueled by high winds, scorching temperatures, and dry vegetation, which have forced tens of thousands of Californians to flee their homes, reports BSS.

A blaze scorching sections of the Angeles National Forest, in southern California, two huge infernos in the central part of the state and another fire further north have displaced entire towns.

“Our fire activity has definitely picked up in past weeks in number and severity,” said Daniel Berlant, a spokesman for the California Department of Forestry and Fire Protection. 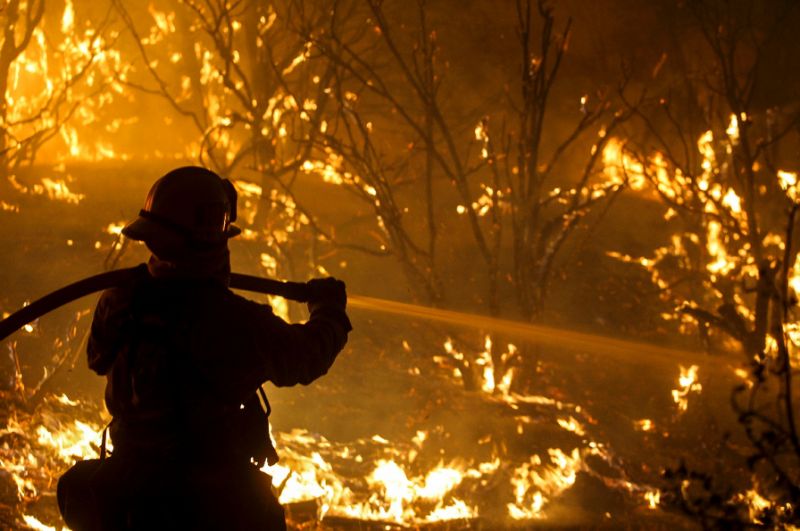 The Angeles forest fire — dubbed “Blue Cut” — has devoured 31,000 acres (12,545 hectares), an area more than twice the size of Bermuda, and is just four percent contained.

The fire has been spreading at such an alarming pace that it appears as if it were “running at you,” according to Michael Lopez, a spokesman for fire information website Inciweb.

More than 82,500 people potentially in Blue Cut’s path are under evacuation orders, including the entire populations of Wrightwood and Lytle Creek, towns of a few thousand people, and most of those in nearby Phelan.

On Thursday evening some people in the towns of Hesperia, Oak Hills, and Phelan will be allowed to return home, the San Bernardino sheriff’s office said.

Many had sought refuge with family or friends but motels in the area are full. Many businesses have doubled their prices, leading to a warning from the authorities that “price gouging” is against the law. Colette Martinez, 50, fled with her husband and son to a Red Cross center hastily installed at a school in Hesperia.

“We don’t know if we’ll have a home to go back to,” she told reporters, in tears.

No deaths have been reported, although two firefighters surrounded by flames on Tuesday sustained minor injuries. Some 1,600 firefighters are committed to Blue Cut, while 5,000 are battling the larger Soberanes fire, which has charred 79,000 acres in the Big Sur tourist region, further north.

Meanwhile, 4,000 people have fled the Clayton fire, started by an arsonist, according to police, in the northern Clear Lake area, near the wine regions of Sonoma and Napa.

Since the beginning of the year, some 4,600 fires have ripped through some 300,000 acres of Californian scrub and forest.