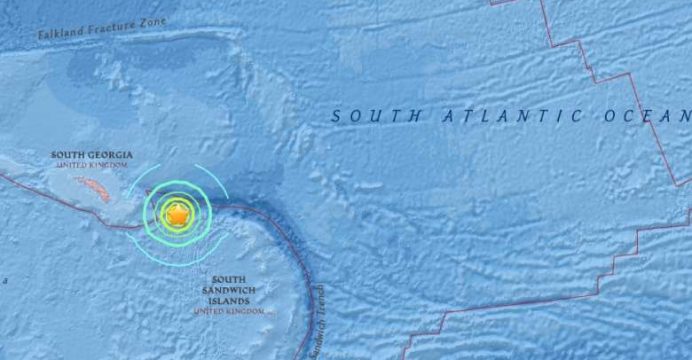 The quake struck at 5:32 am local time (0732 GMT) at a depth of 10 kilometers. It was centered east-southeast of the remote British-administered South Georgia and South Sandwich Islands, which are about 620 miles (1,000 kilometers) east of the Falkland Islands.

The islands are home to two British Antarctic Survey stations that together hold up to 32 researchers, the survey’s website said.