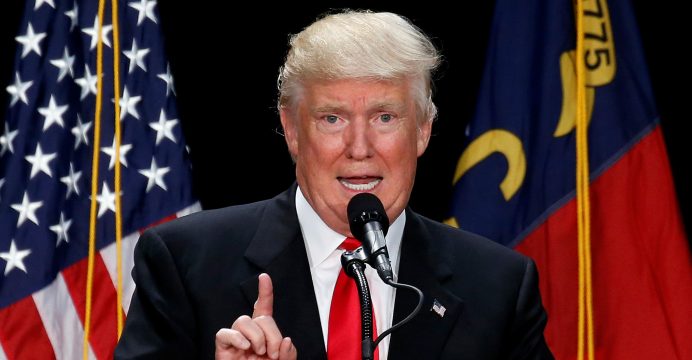 Donald Trump made a rare act of contrition on Thursday, saying he regretted offending people with his harsh way of speaking. The Republican nominee made the gesture at his first rally since ordering a shakeup in his campaign to save his struggling White House bid, reports BSS.

“Sometimes in the heat of debate and speaking on a multitude of issues, you don’t choose the right words or you say the wrong thing,” Trump told a rally in Charlotte, North Carolina.

“I have done that. And believe it or not, I regret it,” he said, drawing laughs and applause from the crowd. “I do regret it. Particularly, where it may have caused personal pain.” 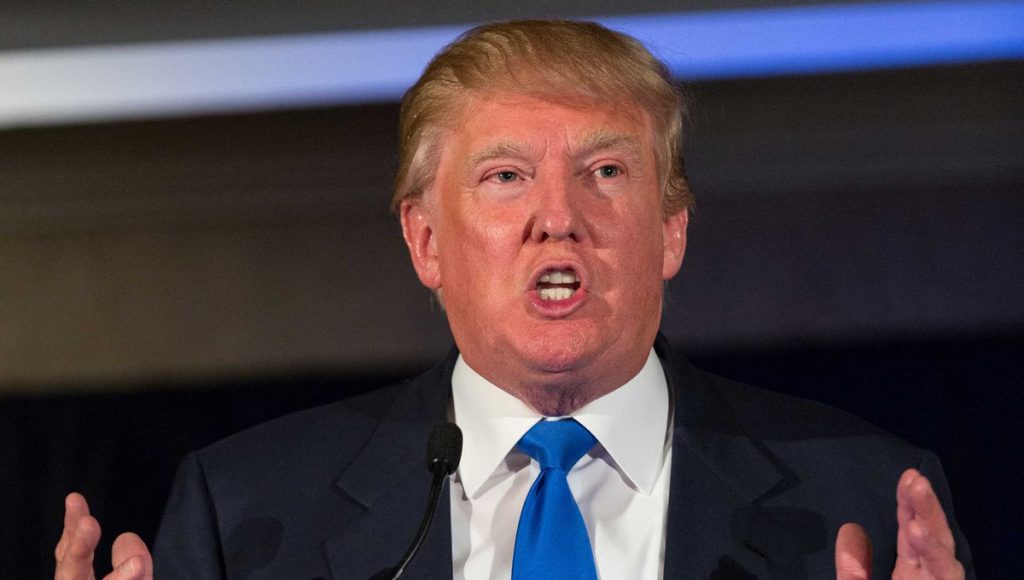 Donald Trump made a rare act of contrition on Thursday

He added: “Too much is at stake for us to be consumed with these issues, but one thing, I can promise you this, I will always tell you the truth.”

The New York billionaire’s multiple self-inflicted wounds of late have left him trailing in virtually every battleground state. One of the biggest missteps was clashing repeatedly with the parents of an Army captain killed in Iraq.

Critics accused him last week of inciting violence against his Democratic opponent Hillary Clinton in a remark about the right to bear arms, and media reports have swirled about a campaign in crisis and a candidate apparently incapable of reeling in crass remarks.

Clinton leads Trump 47 percent to 41.2 percent, according to the Real Clear Politics polling average, following weeks of errors that have alienated establishment Republicans and seen his own supporters tear their hair out.

The change was seen as a demotion for campaign chairman Paul Manafort, who has been pushing Trump, among other changes, to use a teleprompter when he gives speeches as a way to stay on message — and not ad-lib himself into saying something offensive or wrong.

Bannon’s Breitbart News website is virulently anti-Clinton and his appointment was seen as Trump’s way of thumbing his nose at Republican leaders who have been urging him to tone down the shoot-from-the-hip style of speech he used effectively in the primaries.

On Thursday, Trump did speak with a teleprompter and veered from the invisible screens only to hammer away at a given point he wanted to make. On substantive issues, he reached out to US minorities, in particular blacks.

“Nearly four in ten African-American children are living in poverty. I will not rest until children of every color in this country are fully included in the American Dream,” Trump said.

“If African-American voters give Donald Trump a chance by giving me their vote, the result for them will be amazing,” he said.

And he began his speech with a message to the people of Louisiana, a state that has been hit with historic flooding in recent days.

“We are one country, one people, and we will have together one great future,” Trump told the crowd.

He still stressed his standard campaign pillars of building a wall along the border with Mexico, keeping out undocumented foreigners and opposing international trade accords.

And he also depicted himself as an agent of change compared to Clinton, whom he dismissed as an old-fashioned Washington insider while promising to strengthen US ethics rules to fight influence peddling. Following the speech, Democrats scoffed at the idea of a more tolerant and consensus-oriented Trump.

“That apology tonight is simply a well-written phrase until he tells us which of his many offensive, bullying and divisive comments he regrets — and changes his tune altogether,” said Christina Reynolds, a Clinton campaign spokeswoman.

But the “new” Trump — disciplined and serious — was already gaining traction with fans.

“I loved the tone,” said Annette Fitch, 55, a customer service representative who was at the speech.