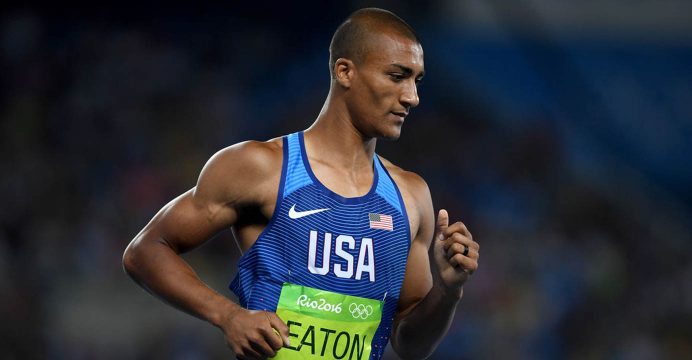 Ashton Eaton of the USA toughed it out at Rio 2016 to win his second straight Olympic Decathlon gold medal, equalling the Olympic record and becoming the first man since great Britain’s Daley Thompson to win back-to-back golds in the event.

The 28-year-old American edged France’s Kevin Mayer into silver, with Canada’s Damian Warner taking the bronze. Having taken a solid lead on day one of the competition, thanks to impressive performances in the long jump and 400m, Eaton did not enjoy the most comfortable of second days, with his young French rival producing strong showings in the pole vault and javelin to push him all the way. 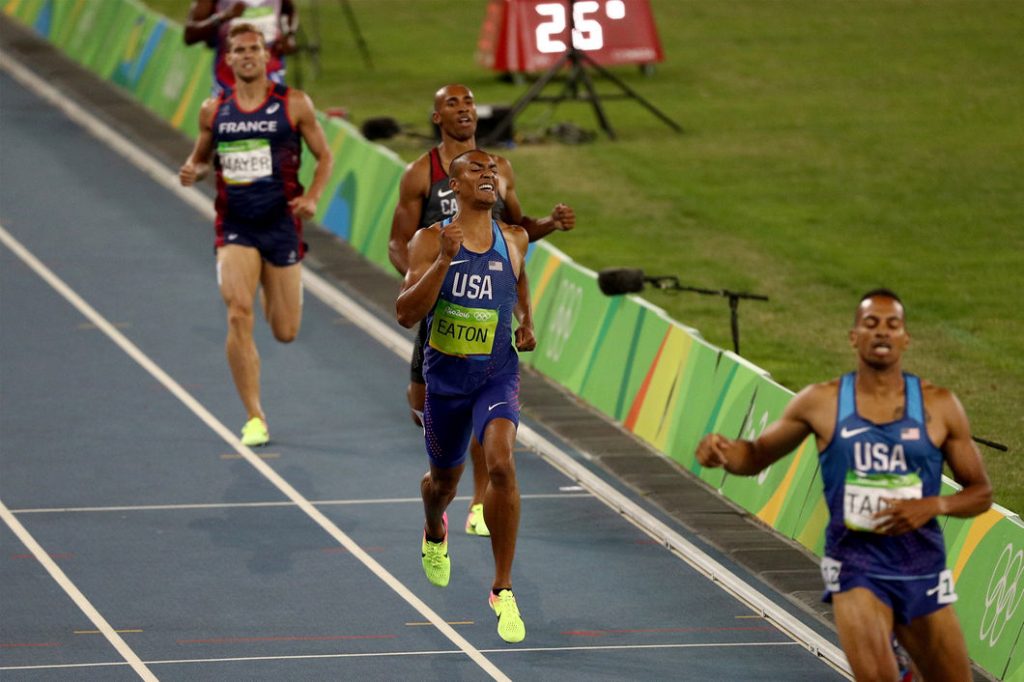 By the time the field lined up for the final event, the 1,500m, Mayer was still in with a chance of victory, albeit a slim one, needing to beat the American by seven seconds to win gold. Ensuring that did not happen, Eaton passed the Frenchman with 200m of the race remaining to seal his second title and post a total of 8,893 points, equalling the Olympic record set by the Czech Republic’s Roman Sebrle at Athens 2004.

“To win two Olympic golds in a row like Daley Thompson is very special. One day, I’m going to have to meet Daley, shake his hand and thank him for giving me something to chase after,” said Eaton, who is only the third man in history to win two decathlon golds, after Thompson and compatriot Bob Mathias. In winning his latest crown, the American, who is also the world record holder and reigning two-time world champion, extended his remarkable unbeaten streak in the gruelling ten-event discipline, a run that stretches back to his triumph at London 2012. 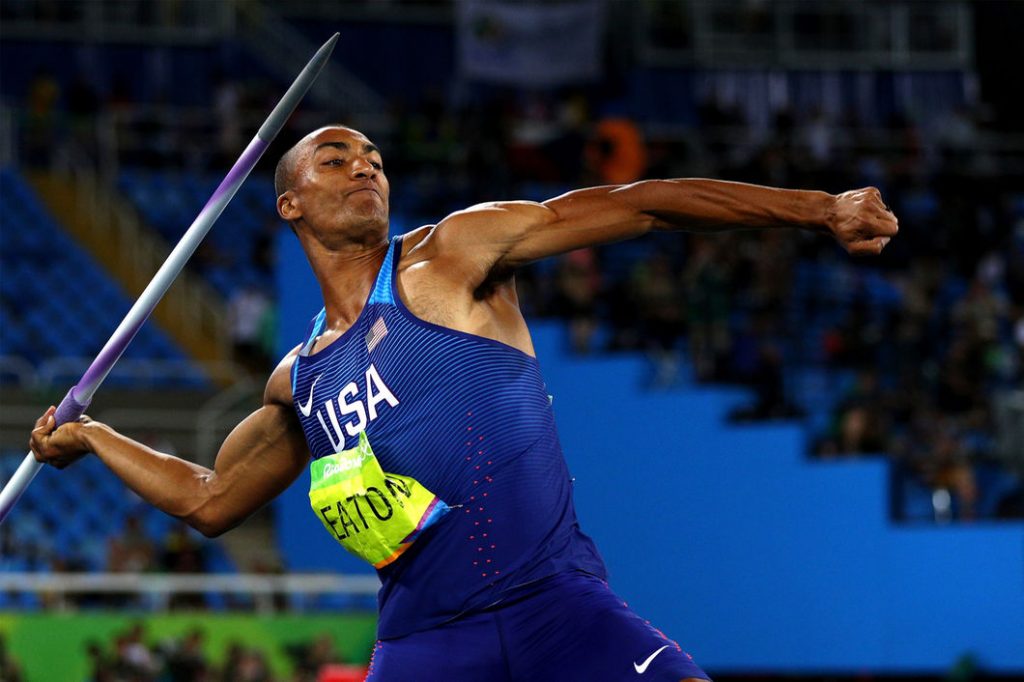 “I was ready to run myself into the hospital tonight,” added Eaton, who was cheered on by his Canadian wife Brianne Theisen-Eaton, a bronze medallist in the Rio 2016 women’s heptathlon. “I’m just glad it wasn’t an easy walk through. Kevin was there to push me to the test and I think I passed the test. I’m glad he was there.”

Delighted with his efforts in setting a new French record of 8,834 points, silver medallist Mayer said: “Being a decathlete for me is to enter into a circle. This is a human experience, a lot of pain, but when you finish the decathlon, even if there is no result, you are so proud to finish.” Voicing his praise for his American rival, the French decathlete said: “Ashton is a real example for decathlon. To be so close to him, well, I hope that in the world championships next year it’ll be a close battle.”