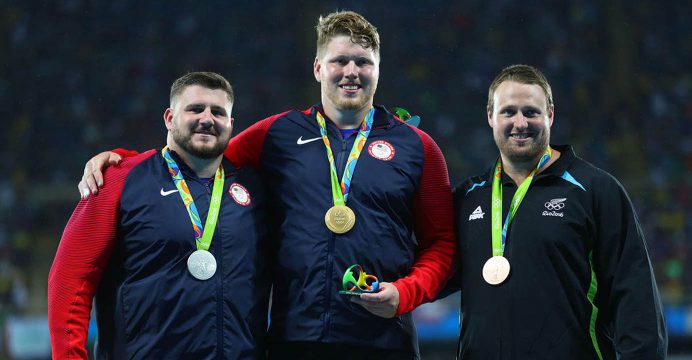 The USA’s Ryan Crouser put together an impressive series of throws to win the Rio 2016 men’s Shot Put title and set a new Olympic record in the process.

The 23-year-old Crouser produced three personal bests in the final, the furthest of them 22.52m, to break the record and win gold from team-mate and reigning world champion Joe Kovacs. It was the USA’s first one-two in the event since Atlanta 1996. New Zealand’s Tomas Walsh claimed the bronze with a best effort of 21.36, 42cm behind Kovacs, while two-time reigning Olympic champion Tomasz Majewski of Poland could finish no higher than sixth.

The USA Olympic trials winner, Crouser was the only man to throw over 22 metres, which he did three times in recording a victory that gave the Americans their second shot put gold of Rio 2016, after Michelle Carter won the women’s event on 12 August. 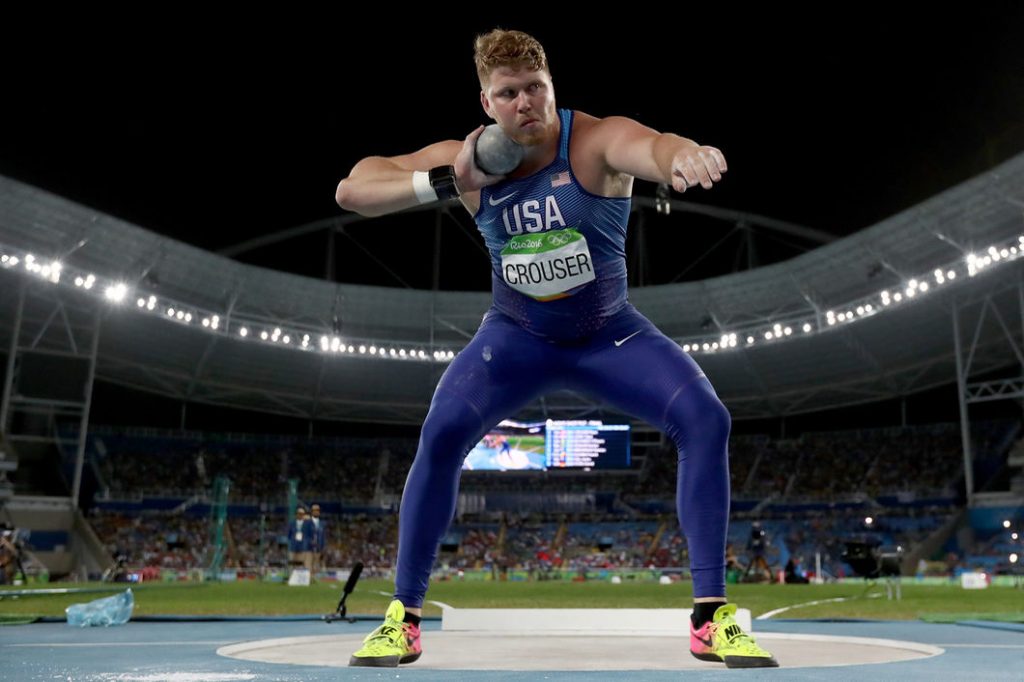 “It’s an amazing experience. I can’t even describe it,” said Crouser. “To have my friends and family here, it could not have been better. My family is so supportive and appreciative. It’s been a month since I have seen them, I am so excited about that – a gold medal is just a bonus. There is a big team of my relatives with Team Crouser T-shirts on.”

Team-mate Kovacs said: “You’re never happy getting second, but it’s settling in now that I’m still bringing home the silver medal for the United States and the gold is coming home with Ryan.”