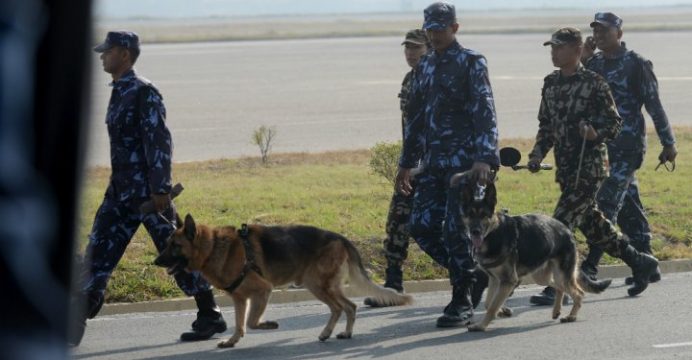 A body believed to be that of a 35-year-old French tourist who went missing in Nepal last week has been found, officials said on Friday, as police awaited autopsy results to confirm her identity, reports BSS.

Police began searching for the missing woman after a bag containing her passport, clothes and notebook were discovered near a highway last Friday in Syangja, 153 kilometres (95 miles) west of Kathmandu.

Officers found a decomposed corpse Thursday after locals alerted the police of a foul smell in the area, said Bir Bahadur Pulami, deputy superintendent of police for Syangja.

“The face had decomposed beyond recognition, but we believe it is the missing person after her friends identified her hair, clothes and jewellery,” Pulami told reporters. The body has been taken to the capital Kathmandu for an autopsy.

“A postmortem will be performed to confirm her identity and the cause of death. Our investigation is ongoing,” Pulami said.

The French embassy in Kathmandu said that it was informed of the woman’s disappearance last week and was assisting her family.

“The French authorities are in touch with the family of the missing person and the Nepali police,” an embassy official told reporters, asking not to be named.

“Out of respect for privacy, we are unable to disclose any details.”

Syangja in western Nepal is a hilly region home to a national highway that connects the southern plains of Siddharthanagar to the tourist valley of Pokhara.

The missing woman is believed to have last been seen in Lumbini, the birthplace of the Buddha, close to Siddharthanagar.

The Himalayan nation relies on tourism as a major contributor to its economy, welcoming thousands of tourists every year, many of them climbers and trekkers.

But the Nepali tourist industry has suffered since a massive earthquake struck the country in April 2015, killing almost 9,000 people.