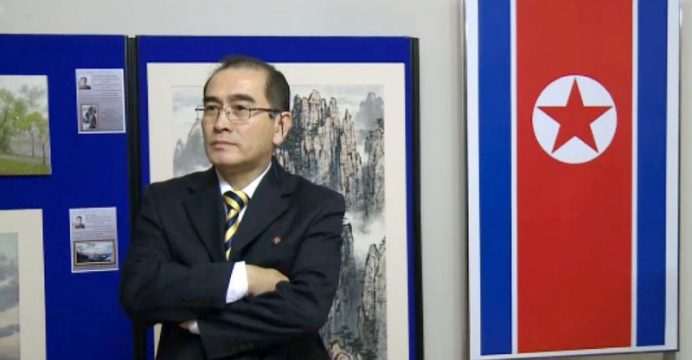 One year after North and South Korea vowed to resume a constructive dialogue, they have instead resurrected a spirit of Cold War-era antagonism, complete with cross-border propaganda shouting matches, spy messaging and defection dramas.

Official contact between the two Koreas has never been easy, but the current situation, with all official lines of communication severed and a host of flash-point issues raising tensions, appears to be particularly volatile and fraught with risk.

“The relations between North and South Korea have never been as tense as they are now since the Cold War period of the 1970s”, said professor Kim Yong-Hyun, a North Korean expert at Dongguk University. 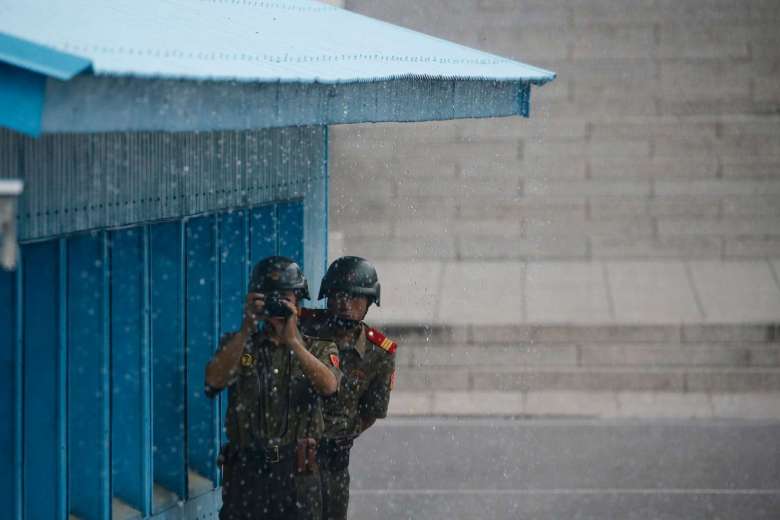 Cold War echoes as inter-Korean diplomacy goes back to basics

High-profile defections are suddenly back in vogue, with the North Korean deputy ambassador to Britain, Thae Yong-Ho, handing Seoul a propaganda coup this week by defecting to South Korea with his family.

Although Thae’s motives were probably as much personal as ideological — he has two children, one of school age — South Korean officials attributed his decision to a straightforward choice between good and evil.

This sort of old-school diplomatic baiting has become increasingly common at a time of almost zero cross-border contact.

As tensions rose in the wake of North Korea’s fourth nuclear test in January, Pyongyang shut down the two existing hotlines with South Korea — one used by the military and one for government-to-government communications.

And last month it severed its only direct communications link with the United States when it shut down the so-called “New York channel” which had previously served as a key point of contact between North Korean and US diplomats at the United Nations.

“The total absence of channels for dialogue between the two Koreas as well as between Pyongyang and Washington is a real cause for concern,” Kim Yong-Hyun said.

Inter-Korean communication has now gone back to the basics, with both sides effectively reduced to shouting across the heavily militarised border.

Banks of loudspeakers have been dusted off and brought up to the frontlines, blasting music and propaganda messages into each other’s territory.

In another nod to Cold War methodology, North Korea appears to have resumed the transmission of coded messages over state radio — presumably meant for spies operating in the South.

The short-wave transmissions — the first of their type for around 20 years — were picked up by the South’s intelligence agency in mid-June and comprised a female announcer reading long lists of numbers for several minutes.

It wasn’t meant to be this way. In August last year, a top North Korean negotiator was trumpeting a “dramatic turning point” for inter-Korean relations after the two sides agreed to defuse a crisis that had pushed them to the brink of an armed conflict.

The accord, which the lead South Korean negotiator also hailed as providing a “new momentum” for cross-border cooperation, included a commitment to resuming a regular, high-level dialogue. But just two weeks later, the two sides were back in familiar territory, trading insults and accusations of insincerity.

They did finally manage to hold vice-ministerial talks in December, but the discussions went nowhere and the prospect of further dialogue was then wiped out for good by the North’s nuclear test the following month.

The strong international reaction to the test emboldened the South to take a hard line and match the North’s brinkmanship, instead of turning the other cheek as it had often done in the past

The diplomatic fallout was toxic enough to kill off the sole remaining North-South cooperation project — the Kaesong joint industrial zone, which had managed to ride out pretty much every inter-Korean crisis thrown up since it opened for business in 2004.

“Inter-Korean peace-time relations are really at their worst… with trade, and exchanges of people and dialogue all severed,” said Professor Yang Moo-Jin of the University of North Korean Studies.

Tensions are expected to spike again next week when South Korea and the US kick off a joint military exercise involving tens of thousands of troops.

The two-week-long Ulchi Freedom drill is one of a number of annual exercises viewed as provocative rehearsals for invasion by Pyongyang, which often test fires missiles in a mark of protest.

Yang said the North might opt for a low-key response this time around so as to avoid undermining a Cold War-flavoured stand-off that has built up over South Korea’s recent decision to deploy a sophisticated US anti-missile system on its territory.

While Seoul and Washington insist the deployment is purely defensive in nature, it has been sharply criticised by Beijing and Moscow.