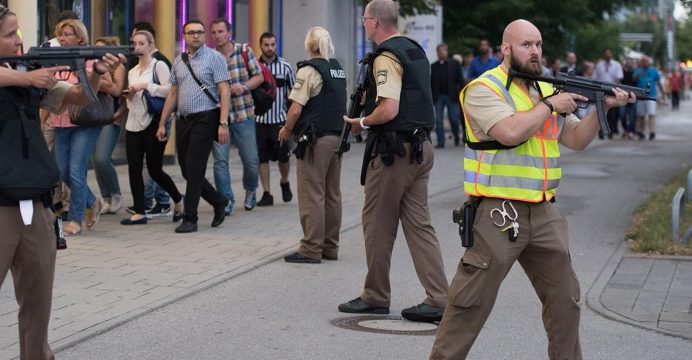 Drawing some 6 million tourists, the Oktoberfest is a major highlight of the year for residents, who often wear traditional lederhosen or dirndls, and visitors from all over the world travel there. This year’s festival runs from Sept. 17 to Oct. 3 ,reports Reuters.

However, Bavarians are on edge after jihadist militant group Islamic State claimed two attacks in July, one on a train near Wuerzburg and one at a music festival in Ansbach, in which asylum-seekers injured 20 people.

On top of that, an 18-year-old German-Iranian killed nine people in a shooting rampage in a shopping center in Munich.

“We want to do everything we can in terms of security so that the people of Munich and their guests can revel in a relaxed way. We looked at all options,” deputy Munich mayor Josef Schmid told reporters.

The city has increased the number of stewards to as many as 450 from 250 last year and erected a two-meter high metal fence around Theresienwiese, the open ground where the Oktoberfest is held, to ensure nobody can avoid the checks, he said.

The main Munich breweries have their own tents with long beer tables and bands. Last year they served 7.3 million liters of beer, as well as huge quantities of sausages, bretzel and whole spit-roasted bulls.

The Oktoberfest has its origins in the wedding in 1810 of Bavarian Crown Prince Ludwig and Princess Therese of Saxony-Hildburghausen. The public festivities went on for five days and were so popular they have been repeated annually.