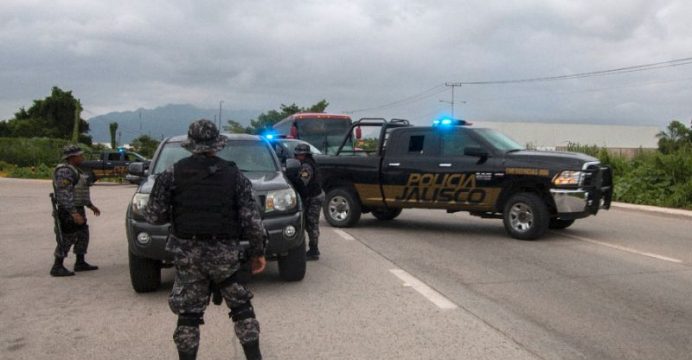 What Mexico fears of after the son of “El Chapo” abducted?

Police have confirmed that Jesus Alfredo Guzman Salazar — one of Guzman’s sons from his first marriage — was abducted from an upscale bar in the resort city of Puerto Vallarta on Monday along with five other men.

Authorities say they suspect the gunmen who seized them were from the Jalisco New Generation cartel, an upstart rival of jailed kingpin Guzman’s Sinaloa cartel. 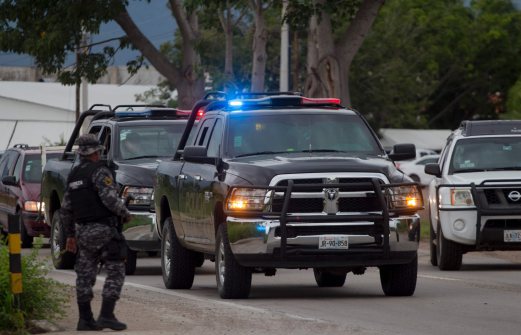 Jalisco state police patrol the streets during a security operation in Puerto Vallarta in Mexico’s western state of Jalisco on August 17, 2016

Jalisco New Generation emerged in Puerto Vallarta in 2010, when a power vacuum opened after the local boss of the Sinaloa cartel, Ignacio “Nacho” Coronel, was killed in a shootout with the Mexican army.

Now, Jesus Guzman’s kidnapping could trigger a violent battle between the two cartels for control of the drug trafficking routes to the United States.

The governors of the states where the cartels are based — Jalisco, on the central Pacific coast, and Sinaloa, also on the coast and two states to the north — have both warned that reprisal attacks may be on the way. The state sandwiched between them, Nayarit, is meanwhile bolstering its security in case of a bloodbath.

“We are coordinating with the federal government to reinforce these areas,” said Jalisco Governor Aristoteles Sandoval.

His Sinaloa counterpart, Mario Lopez Valdez, warned of a potential “flare-up” between the two cartels.

That would be the last thing Mexico needs a decade into its heavily militarized, highly violent war on drugs.

Since the country started using its army to fight drug traffickers in 2006, more than 166,000 people have been killed and 27,000 have disappeared in a bloody spiral of violence.

According to investigators, 29-year-old Jesus Guzman and his associates were drinking champagne with a group of nine women when their kidnappers stormed into the La Leche bar and restaurant shouting an obscenity-laced threat that roughly translates as: “We’ll make you pay.”

The question is, what price?

“If they use (Guzman) as a bargaining chip, this could go down calmly. But if they liquidate him, there will be chaos up and down the northern Pacific coast,” said Jose Reveles, a journalist and author of several books on drug trafficking.

Jalisco New Generation has grown into a powerful force in recent years, spreading into Asia and Europe and defying the authorities with attacks and ambushes. Last year it brought down an army helicopter with a rocket launcher, killing seven soldiers. Its leader, Nemesio “El Mencho” Oceguera, is one of Mexico’s most wanted criminals.

El Chapo is meanwhile languishing in a maximum-security prison after being recaptured in January following a spectacular jailbreak last year. But that has not weakened the Sinaloa cartel, said Reveles.

However, crime analysts say internal struggles have erupted in the Sinaloa cartel. Zambada, who keeps a low profile, has a markedly different style from Guzman’s sons, who are known for flaunting their enormous wealth. Reveles said it was impossible to rule out that Jesus Guzman’s kidnapping was an inside job set up by Zambada, 68.

“El Mayo is the dominant one, the veteran, and he’s betrayed people in the past. El Chapo’s son made the mistake of straying into enemy territory, and he may have taken advantage of that,” Reveles told reporters.

Investigators say a seventh man who was with the kidnapped group stepped out just before the attack — opening the door to infinite speculation about a double-cross of some sort.

The kidnapping is the latest in a string of incidents apparently targeting the family of El Chapo, who is fighting extradition to the United States.

Media reports say gunmen ransacked his mother’s house in June, though authorities deny it. Two of his wife’s nephews were also killed in July.