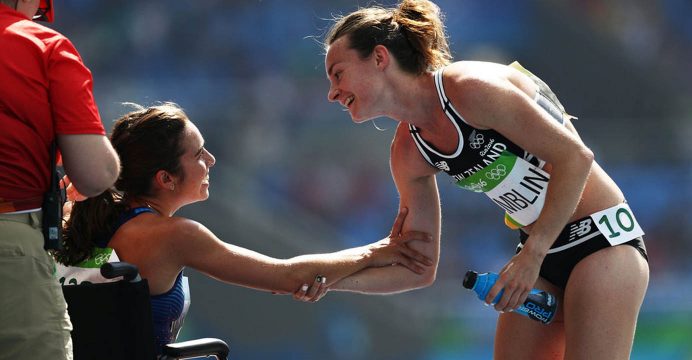 Two Olympic athletes who helped each other reach the finish line after an accidental mid-race collision in the women’s 5,000m have both been granted places in the final.

New Zealand’s Nikki Hamblin and the USA’s Abbey D’Agostino were praised for their sporting behaviour after falling to the track during their heat on 16 August. The drama unfolded when Hamblin tripped with around 2,000m to go and tumbled to the ground, accidentally bringing D’Agostino down behind her.

The 24-year-old D’Agostino was quickly back on her feet, yet instead of carrying on with her race she stopped to help the stricken Hamblin to her feet. Though the New Zealander was clearly distraught, D’Agostino encouraged her to join her in attempting to finish the race. 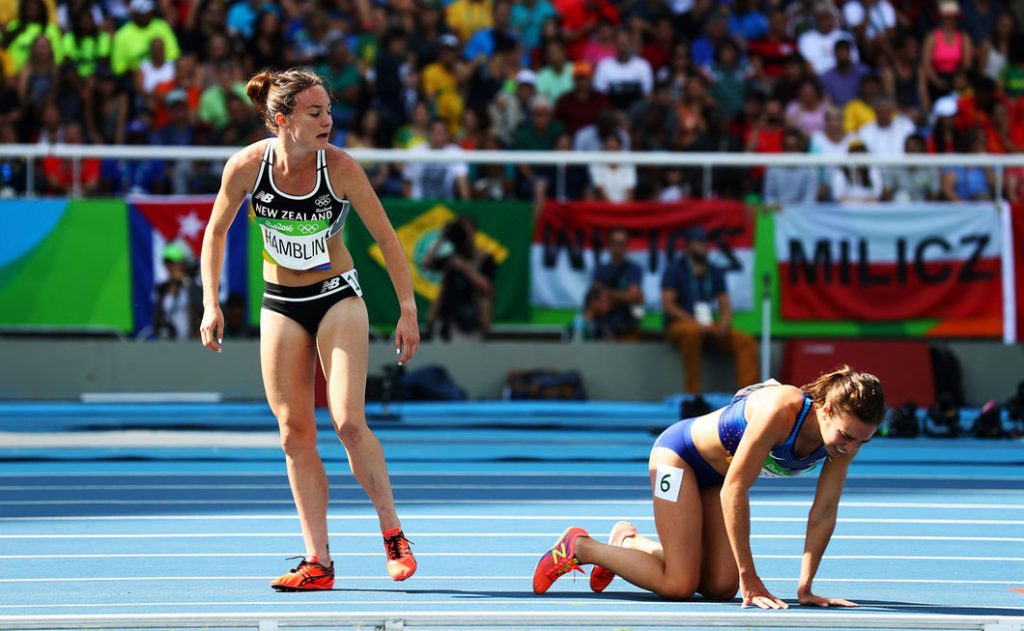 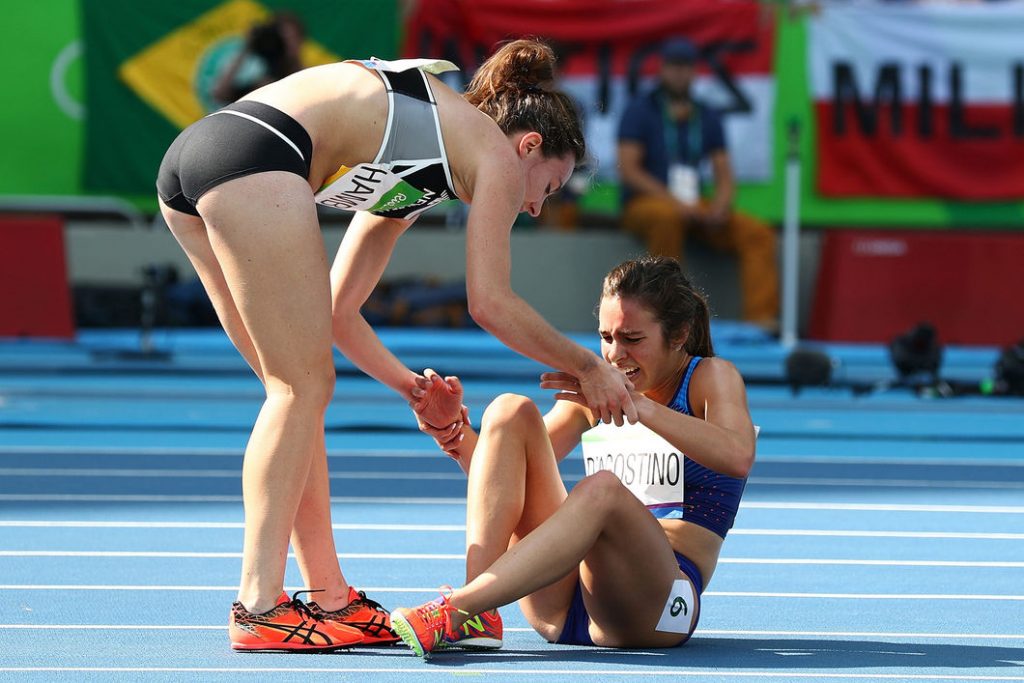 Hamblin added: “I’m so grateful for Abbey for doing that for me. That girl is the Olympic spirit right there. “I’ve never met her before, like I’ve never met this girl before, and isn’t that just so amazing? Such an amazing woman.”

Though D’Agostino suffered an ankle injury in the collision and herself fell to the ground, Hamblin sportingly hung back to offer her encouragement, too. The two women went on to complete the race, with the American then being taken from the track in a wheelchair. 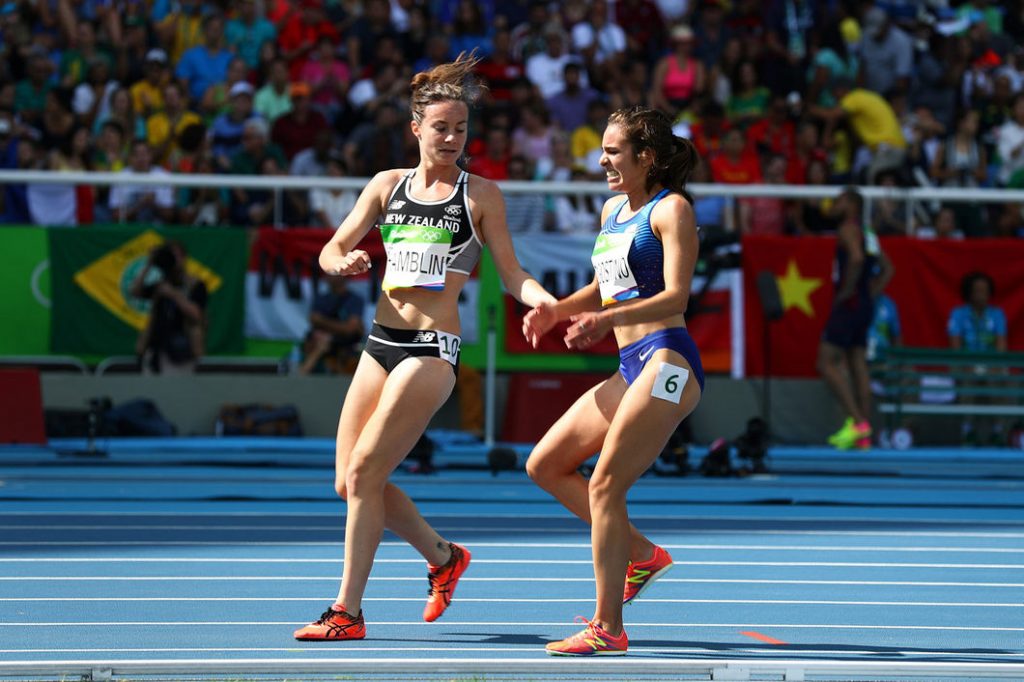 “If I can even give her like one percent back of what she gave me when she helped me get up off the track that would be amazing,” Hamblin continued. “I can’t even put into words how amazing it is that she actually finished. When I turned around at the finish line and she’s still running I was like, ‘Wow’. I’m never going to forget that moment. When someone asks me what happened in Rio in 20 years’ time, that’s my story.”

Though both runners initially failed to qualify for the final, along with Jennifer Wenth of Austria, who was also caught up in the collision, it was later announced that all three had been awarded places in the race, to be held on 19 August. However, D’Agostino has been ruled out of the final due to her injury. A statement from USA Track and Field (USATF) said D’Agostino had suffered tears to her right anterior cruciate ligament and meniscus and strained ligaments, ending her season. 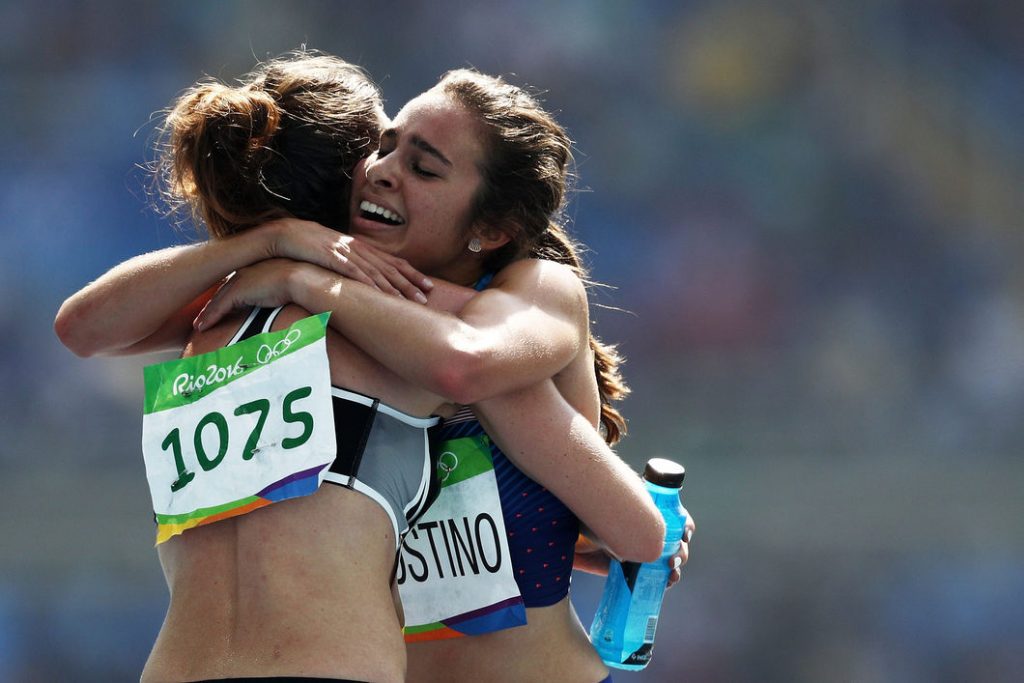