Australian zoo celebrates birth of one of world’s rarest monkeys

Peeping out from her mother’s arms, Embe, a Francois’ Langur, makes her debut at Sydney’s Taronga Zoo where she was born on July 21, in what conservationists hailed as great news for one of the world’s rarest species of monkey.

Embe, the Vietnamese word for “baby” in honor of her southeast Asian heritage, was born with bright orange hair, a color distinction believed to make it easier for the black-haired adults to take care of their infants,reports Reuters.

The International Union for Conservation of Nature lists the species, found in Vietnam and China, as “endangered”.

“With only around 2,000 individuals left in the wild these animals are in trouble,” the zoo said, citing poaching as a threat. “The birth of this female at Taronga is great news for the species.” 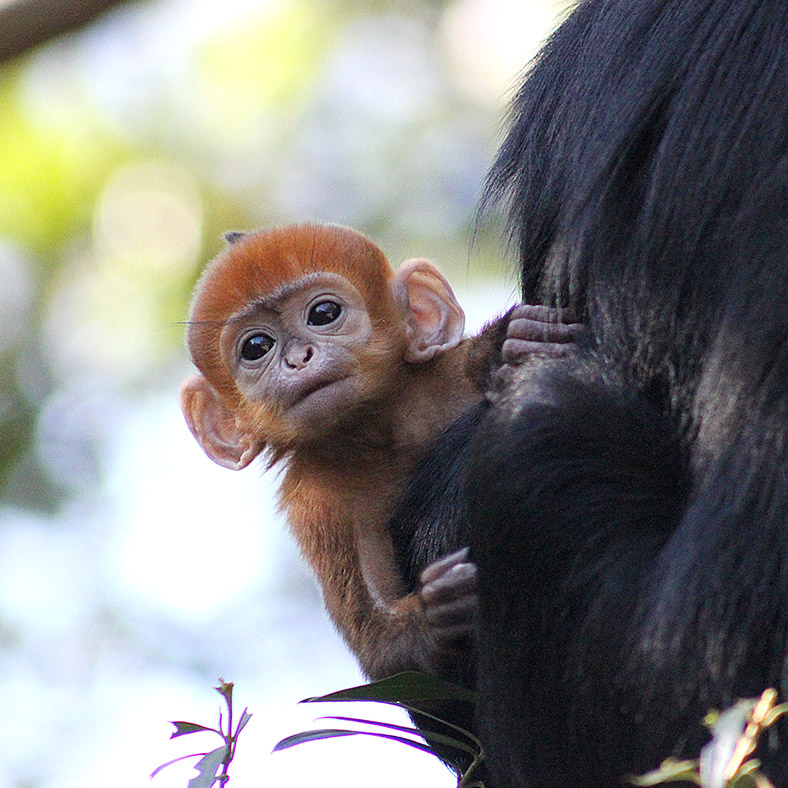