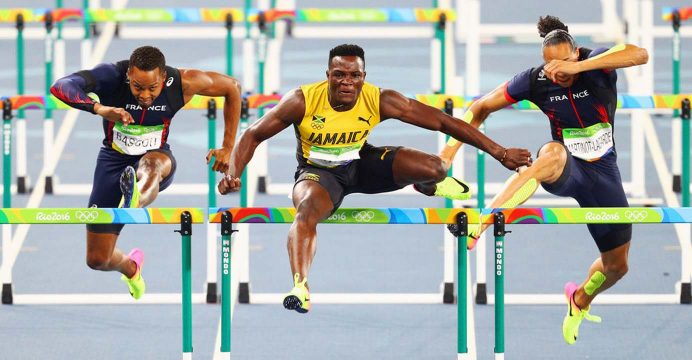 Omar Mcleod took Jamaica’s excellence in the sprints to a new level when he clinched his country’s first-ever Olympic gold medal in the men’s 110m hurdles.

The 22-year-old, the only man to clock below 13 seconds this year, exploded out of the blocks to take a lead that was never threatened and crossed the line in 13.05 on 16 August to win a title that was once a virtual preserve of Americans.

It was the slowest winning time in an Olympic final since Canada’s Mark McKoy won gold in 13.12 in Barcelona in 1992 but that was never going to bother McLeod, who also won the world indoor 60m hurdles title earlier this year.

“I’m elated. The feeling is indescribable,” McLeod said. “Never in a million years would I have thought I would be an Olympic champion and a world champion in one year. Hurdles is all about character. I worked hard, prayed hard and seized the moment. I can’t get my mind around this. Is this real?” 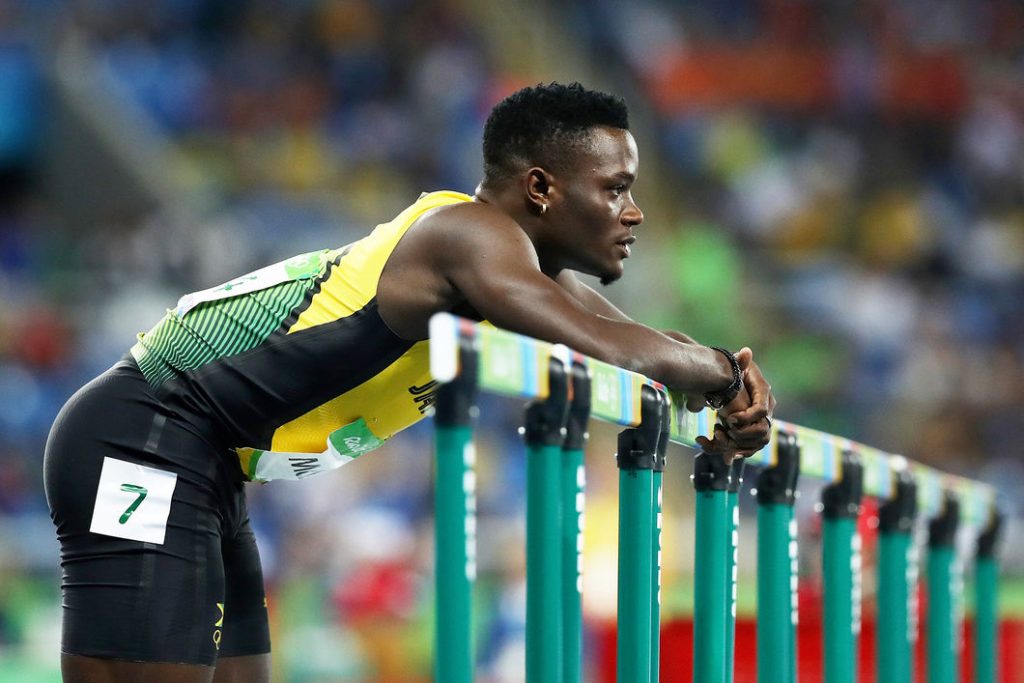 Orlando Ortega was second in 13.17 to take silver for Spain, while Frenchman Dimitri Bascou claimed bronze in 13.24 ahead of compatriot Pascal Martinot-Lagarde.

With triple Olympic men’s 100m champion Usain Bolt and newly-crowned women’s 100m champion Elaine Thompson leading the way, Jamaica has become the biggest global power in short distances on the track. McLeod’s triumph drew Jamaica level with the United States and Kenya at the top of the athletics medals table at the Rio Games with three golds.

McLeod said he had been inspired by the multiple champions that ushered in the golden era of Jamaican sprinting. “You just feed off them, Bolt and Shelly-Ann Fraser, you see them go out and represent their country and they have fun and win. They harvest medals and you just want to do the same thing. It’s contagious, you just want to go out and experience it.”

McLeod also ran 9.99 in the 100m this year to become the first man to go below 10 seconds in the flat sprint as well as under 13 seconds in the high hurdles. He said he was “a hurdler, not a sprinter… for now” but had far more important things planned than deciding where his future in athletics lay. “Now I’m going to eat as much ice cream and cake as I can,” he said.

Nineteen of the 27 previous Olympic high hurdles champions had come from the United States but the event provided only disappointment for the Americans. National champion Devon Allen was fifth and his team mate Ronnie Ash, who looked likely get among the medals until he hit the final hurdle, was eventually disqualified.

Ortega gave his country its first men’s medal on the Olympic track since Spain last hosted the Games 24 years ago. “I was just thinking ‘come on, come on, let’s finish’,” he said. “I saw on the big screen that I’d come second and I can’t believe it. I was ready for this competition as I’ve had no physical problems. I competed well and the result’s good.”

Bascou became France’s first medallist since Guy Drut claimed gold at Montreal 1976 and said it was a huge personal triumph after nearly giving up athletics three years ago.

“For me it’s a major success. I’ve come back from a lot of problems over the last few years. Three years ago I didn’t know if I was going to continue in athletics. I found a new coach, Giscard Samba, and today’s race is the result of three years of work with him. I’m very, very satisfied with getting a bronze medal.”