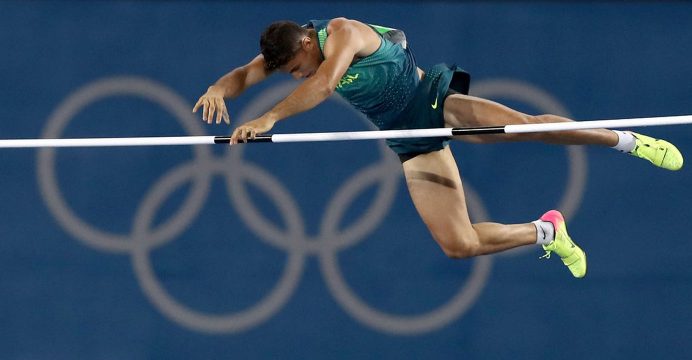 Thiago da Silva, a silver medallist at the Youth Olympic Games (YOG) Singapore 2010, won Brazil’s first athletics gold of their home Games on an unforgettable night in Rio. He became the host nation’s new and unexpected hero after coming into the Games with a personal best of 5.93 and improving it by 10cm in the final, setting the new Olympic record. Da Silva is Brazil’s first male athletics gold medal winner since Joaquim Cruz in the 800m in 1984, and he became Brazil’s second gold medallist of Rio 2016, following judoka Rafaela Silva.

France’s Renaud Lavillenie, the men’s pole vault favourite, was leading with an Olympic record of 5.98. Da Silva skipped an attempt at 5.98 and passed 6.03 at the second attempt. A cheer to match anything from the 100m final accompanied the 22-year-old Brazilian as he sailed over the bar. Odds were still stacked in favour of Lavillenie, whose world record of 6.16m meant his final attempt at 6.08 was well within range, despite two failures at 6.03. However, it was Da Silva’s night as the French athlete came just short. 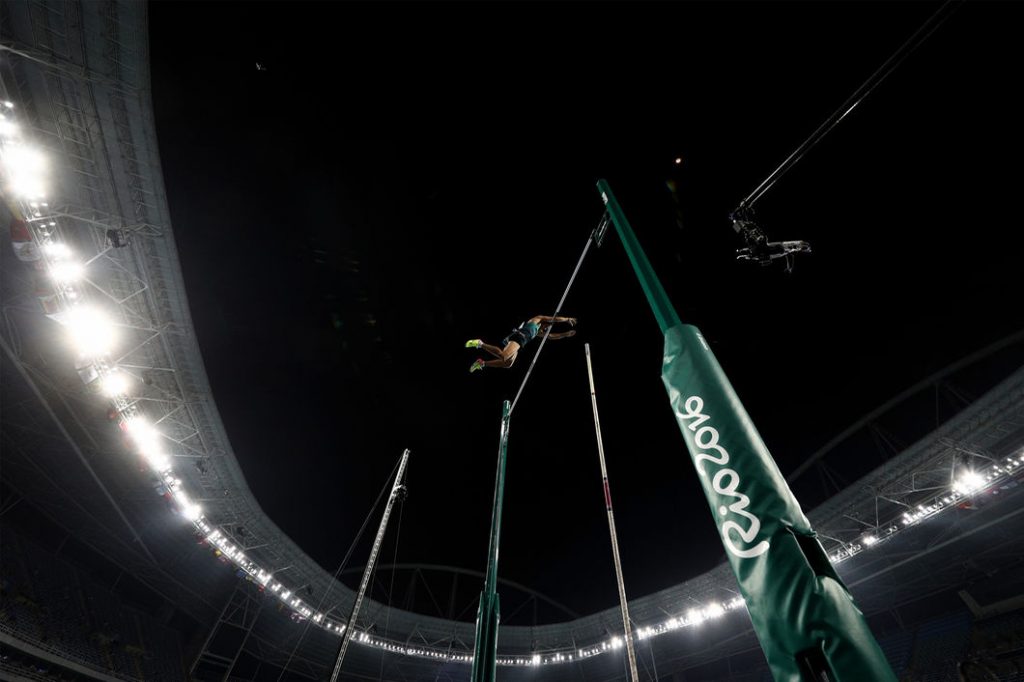 Da Silva could not have been more pleased with his home gold: “I am very happy. We worked really hard for this moment — not for the gold but to take a medal. For Brazil, it’s amazing. My first time over six metres. My home town wanted me to win.” Following his success, Da Silva, who only took up the pole vault aged 14 after being encouraged by his uncle, still had time to get down from cloud nine and look to the future. Having shown his potential by winning YOG silver in Singapore six years ago, he moved to Italy to train with legendary coach Vitaly Petrov, who also oversaw the career of Da Silva’s idol and 1988 Olympic champion Sergei Bubka.

Now, Da Silva believes that he may be able to vault higher than Bubka – as well as Lavillenie. “It’s incredible. My first time over six metres,” he said. “Maybe one day I can get close to the world record, but I need to improve on my training and technique, so we will see what will happen in the future.”

Lavillenie said of Da Silva: “I was not totally surprised, I knew he was able to jump over 6m. When I saw it I was just a little bit upset with myself because I was so close with my first two attempts at 6.08. It is not so often you can have two guys jumping over 6 metres, especially in one of the big championships. I am very happy I have taken part in these championships.”

Sam Kendricks took bronze for the United States after clearing 5.85. He was equally mesmerised by the high level of the competition: “It was a beautiful moment to watch something completely unexpected. Renaud jumps an Olympic record and you think that’s the end of it. Then Thiago passes, then comes up with another one Olympic record. I thought I was in a movie.”