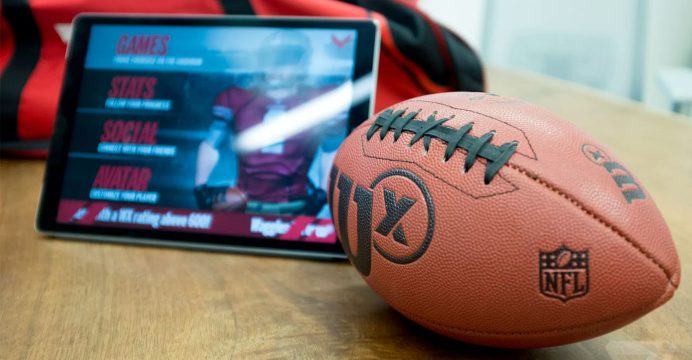 The new Wilson X Connected Football is the latest step in Amer Sports strategy to accelerate growth in digital products and services. The Wilson X Connected Football is a completely new football experience designed to bring professional football fans closer to the game than ever before so they too can enjoy the heart thumping, pure adrenaline moments of an NFL game, all while holding a real football in their hands.

“Our Wilson X Connected Football marries the best in digital technology with the top performing football in the world to create an immersive gaming experience for fans that was not possible before,” said Bob Thurman, Vice President of Wilson Labs, the innovation hub at Wilson. “By embedding a state-of-the-art, undetectable sensor in a football that connects to a cool app on a fan’s mobile device, every fan can become their favorite NFL team’s quarterback and create their own virtual stadium anywhere, anytime they want to play.”

The Wilson X Connected Football companion app is free and will be ready for download from the Apple Store and via Google Play on September 8.

Key to the Wilson X Connected Football is a tiny, undetectable sensor that is embedded in an actual Wilson football. The sensor, which connects via Bluetooth to the Wilson X Connected Football app on any mobile device, tracks a fan’s throw distance, velocity, spiral efficiency, spin rate, and if the football was caught or dropped. Players also receive their very own quarterback ranking score. 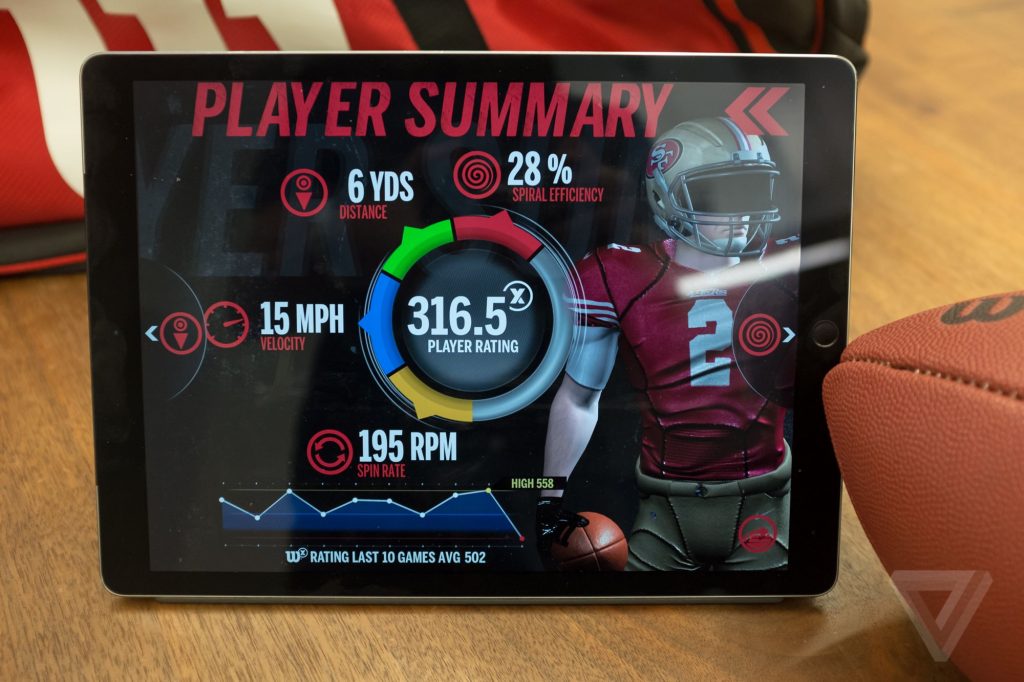 Once in the app, fans can create their own male or female NFL quarterback avatar, selecting from any of the League’s 32 teams. Through five exciting game modes, including QB Warm Up, Elimination, Precision, Game Time and Final Drive, a rich audio experience, and a deep set of never before seen stats, fans will feFinalDrive-400el the rush of being their team’s quarterback, and the mastermind behind those big game moments – all while the clock is counting, their opponents are plotting, and the fans are cheering.

At the end of each game or session, players have access to game and performance analytics. Further, Wilson X Connected Football players can see how they rank against other users around the globe or amongst their friends, share stats with family and friends via social media, unlock trophies, and challenge friendly rivals to face-offs for ultimate bragging rights.

With the Wilson X Connected Football the stadium is always ready – whether at a tailgate, in the backyard, at the beach or in the park – and open for play. The football’s sensor contains a low-power battery that has been engineered to last for more than 500 hours of connected play, or approximately 200,000 passes.

Wilson began working in the connected football space several years ago as part of its long-standing partnership with the NFL.