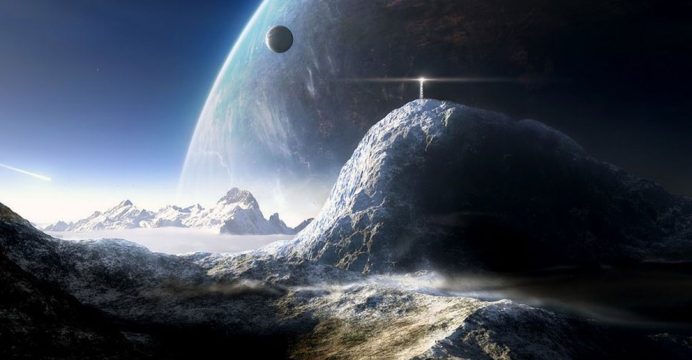 “The search for extra terrestrial life in the universe” published

One of the most enthralling questions that we often find ourselves asking is that whether there is life beyond Earth or are we just alone in this ever-expanding massive Universe? Often times, it is through books, movies and TV programs that we get to learn about the possibilities of the existence of extra terrestrial life-forms. And with every such possibility, our interest in alien life grows a little further.

Even though it is mostly the western countries that are actively involved in the research concerning extra terrestrial life but despite the technological know how there is a great deal of academic as well as natural enthusiasm in Bangladesh as well concerning this grand subject matter.

As a reflection of that, Bangladeshi writer Obaidur Rahman, with his recent book, “The search for extra terrestrial life in the Universe”, attempts to answer on the possibilities concerning extra terrestrial life as per easily understood scientific facts, available information, historical research, spirituality and human understanding. 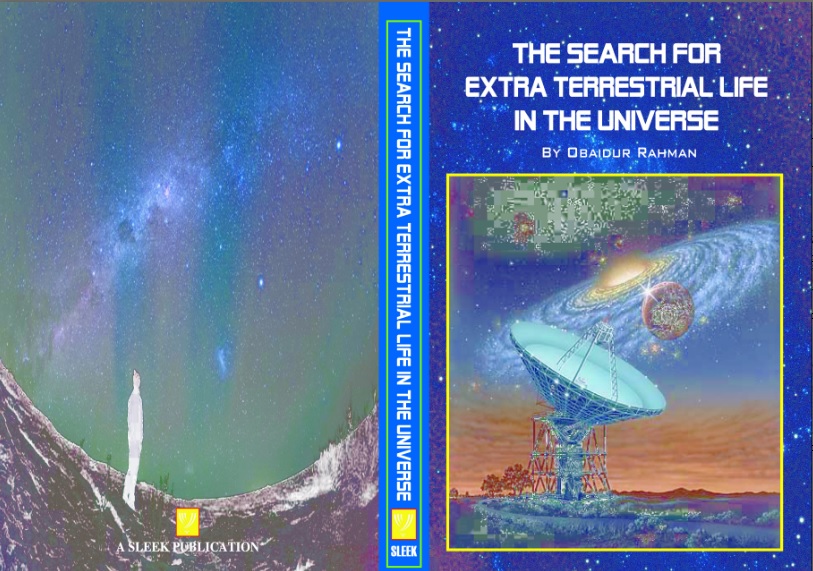 Cover of the book

This book contains five chapters which focuses on a vast and a wide-ranging issues concerning the topic like, why the life beyond earth is a strong scientific possibility, the relation and possibilities between the extra terrestrial (E.T) life  and religions, ancient astronaut theories, and analysis of the UFO sightings, the various stages of evolution of life on earth and their relationship with the evolution of alien life elsewhere in the Universe, possibilities of E.T life in our solar system, possible earthlike planets beyond our solar system, an overview of scientific research so far on the quest for alien life-forms and finally what to do, if and when we meet beings from another planet.

At the same time, the book also briefly focuses on to study the basic components of life in the Universe and how the Universe actually came into existence as well.

Writer Obaidur Rahman, very appropriately and smartly assembled various themes from subjects like physics, astronomy, biology, chemistry, history, religion, theory of evolution and space research, in a very convincing and understanding manner, to present his thoughts and ideas on the strong possibility of extra terrestrial life in the Universe and how natural it is for life to exist aside from our very own planet Earth.

With some fascinating insights, spell bounding information, and logical analysis, the book has explained various complex scientific terms and elements as easily as possible and that is what will tempt the reader captivated by the workings of this book.

History of the Universe, solar system, the cosmos is clearly outlined so that the reader finds it easy co-relate with other factors like the evolution of life and how the earth cannot be the only planet with life on board. This book aims to keep the reader focused on the logic on the possibility of life beyond earth and convinces the reader on the normality of this phenomenon with scientific examples and absolute academic logic.

A large part of the book takes up the purely astronomical discussions about the possibilities of life in other planets after a discussion on our own planet’s biological history. The author let the reader take a closer look at the conditions for life to arise, in the form as we know it, in our own solar system and elsewhere in the cosmos, including an in-depth discussion on some of the newly discovered exoplanets which scientists believe are strong candidates to host extra terrestrial life.

The book also discusses all the known scientific attempts, through radio signals and space probes, that have been made so far to reach out to possible alien civilizations beyond our solar system. Obaidur Rahman’s book also touches upon pop culture topics including UFO sightings, alien abductions, ancient astronaut theories and much more that are often associated with extra terrestrial research.

It is understood that the total scientific search for E.T. life in the Universe commenced a few decades ago and since then scientists have been relentlessly searching the heavens for signals possibly generated by intelligent alien life. Even though so far, scientists haven’t found anything conclusive as yet, but that hasn’t halted man’s quest for an answer concerning this.

And in that regard, the book, in one of its later chapters, talks about the famous SETI (search for extra terrestrial intelligence) program which is aimed at not just listening, but also other projects like SETI beaming out transmissions of our own thoughts and perceptions to communicate with other extra terrestrial civilizations.

As the writer, Obaidur Rahman is thoroughly convinced that there really is life on other planets, and it is only a matter of time before we have firm evidence of this and at the same time he also calls upon humanity to prepare itself to meet creatures from another, and possibly a superior extra terrestrial civilization.

While there are some books in this field which either solely concentrates on UFO sightings or purely on in-depth scientific analysis of life beyond earth, but this book, however, is a wonderful expression of easily understood scientific as well as popular facts on various topics and subject matters concerning the extra terrestrial research.

The book is easy to read, topics are easy to understand and by the end of the book, readers will be convinced on the possibility of life elsewhere in the Universe with both scientific and spiritual perspectives.