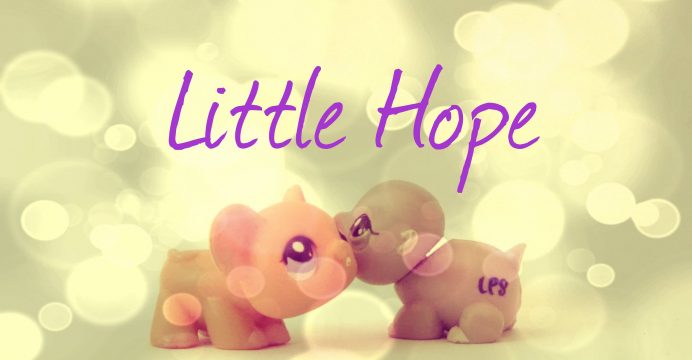 You need a little hope

Some days I find myself wondering, “What is going on with this world?” With all of the stealing, lying and hate surrounding me, it is hard to find hope in the little things.

But I can find hope in the stories of those who have suffered trials far greater than mine. I know that I can get past the small boulders blocking my path if they can jump over all the hurdles in theirs.

Many tragedies have brought hope to millions of people, but others haven’t been shared enough to do so. Here are a few stories gathered from websites and blogs that have helped me to see that hope is within reach, reports FamilyShare.

“A boy was dying of cancer and needed an expensive brain surgery, but his family, broke and desperate, couldn’t afford it. His 8-year-old sister Tess took her piggy bank savings to a pharmacist in order to buy a ‘miracle’. It just so happens that the right man witnessed the little girl’s tears at the pharmacy counter: a neurosurgeon. He performed the surgery for free.”

“Popped into HM to buy a sweater for work…this guy follows me in, says ‘you probably don’t remember me. I see you walk down this street a few times a week and you give a dollar to at least one homeless person, you given me at least $30 over the last 6 moths. I finally found a job and a place to live. Thanks.’ Then hands me a $50 and walks away.”

“Today my school had a fire drill. I was standing outside with one of the most popular football players, when a Down Syndrome girl came up to him and wanted to hold his hand because she was scared. Happily, he held her hand in front of all his friends back to class.”

“My grandpa has Alzheimer’s so he has no idea who my grandma is, but everyday for the last three or four months he brings her in flowers from their garden and asks her to run away with him and be his wife and everyday she says she already is and everyday the smile my grandpa gets on his face is the most beautiful heartfelt thing I have ever seen.”

“Conner is 8 years old and Cayden is 5. Cayden was diagnosed with Cerebral Palsy when he was very young. Now his older brother Conner began to run children’s triathlons, but he refused to do it without his younger brother. They have now completed multiple races with Conner pulling Cayden on a raft during the swim, a trailer during the bike, and a stroller during the run.”

“My daughter goes to kindergarten, and there is a boy there who is blind. She didn’t understand what this meant, so I explained. The next day when I picked her up, I found her sitting across from the boy with her eyes closed, describing what trees looked like. The boy was grinning from ear to ear.”

“21 years ago my sister was born with Edwards Syndrome or Complete Trisomy 18. The doctors told my parents that helping this baby is a lost cause and she will only live for a month. My parents refused to give up and not help her. My sister turned 21 on Sunday. She is the oldest living person with Complete Trisomy 18.”

“I work at an emergency vet clinic and tonight a nice couple paid $426 to save someone else’s dog when they didn’t have the money.”

“Today I was approached by a homeless man who asked if I had any change. I only had two dimes, but I gave it to him anyway. As I watched him walk away, he put the dimes in an expired parking meter of a stranger’s car. Someone who can’t afford to buy himself something to eat but helps others gives me hope.”

All of these short stories — and many others — are constant reminders that there is hope in the world.