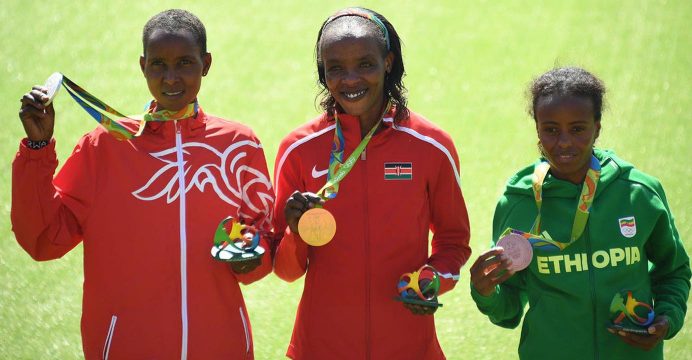 Jemima Sumgong became the first Kenyan to win the women’s Olympic marathon. London marathon winner Sumgong, 31, finished in two hours 24 minutes four seconds to end a run of three straight silvers in the event for Kenya, and relegate eunice jepkirui kirwa of Bahrain to the silver at the Rio 2016 Olympic games.

Kirwa posted a time of 2:24:13, while Ethiopia’s world champion Mare Dibaba took the bronze medal in 2:24:30, as her compatriot and race favourite Tigist Tufa pulled out before the halfway mark.

Sumgong and Kirwa pulled away from Dibaba in the final 2km in humid conditions in Rio. Kirwa, who secured Bahrain’s first ever Olympic silver and, failed to stay with Sumgong and both women looked exhausted after they crossed the line. 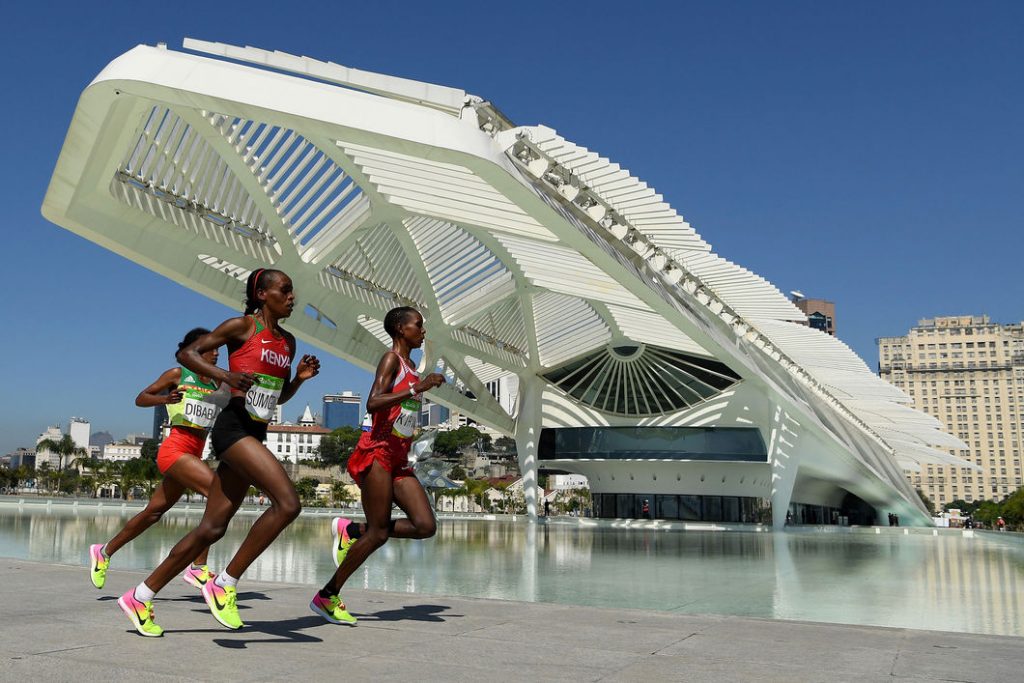 “I was never worried that I’d lose this,” said a confident Sumgong. “At 35km I noticed that my other two team-mates had dropped off and that gave me the motivation to carry on.”

Earlier, Olympic debutant Volha Mazuronak of Belarus shook up the pack at the halfway stage, taking the lead and briefly pulling ahead of the lead group. Her move pushed the pace, stringing out what had been a lead pack of more than two dozen runners, causing some to drop back. 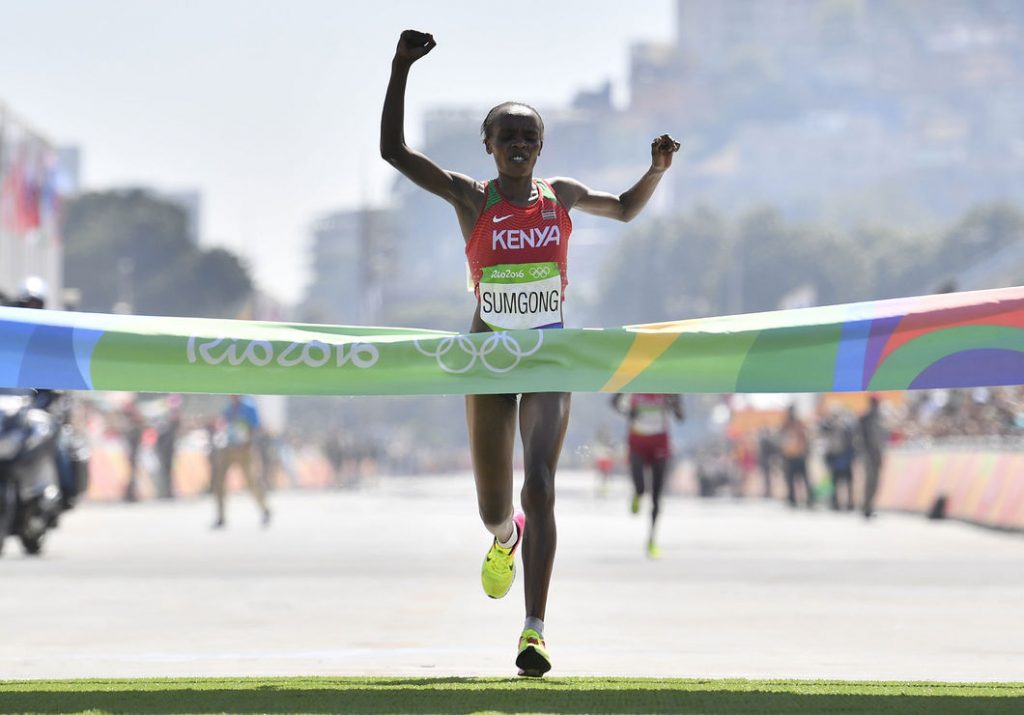 Sumgong bided her time throughout, staying with the leading pack and not moving ahead until the end. “I had prepared that I would move out at 35km and my body was responding very well, as well as my movement,” explained Sumgong after crossing the line at Rio’s Sambadrome. “At the 40km mark I knew the gold was mine. It was very hot but everybody had to get through the heat. I had to control my body and listen to my body very carefully,” added the gold medallist.