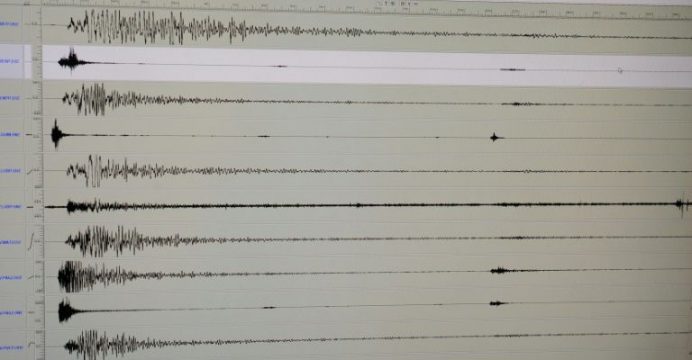 At least 9 people killed in Peru due to 5.2 magnitude earthquake

A moderate 5.2 magnitude earthquake in Peru killed at least nine people and left 40 injured, crushing villagers under rubble and blocking roads, officials said on Monday. The quake knocked down about 50 homes and cut off roads and power in the southern Arequipa region, reports BSS.

The governor of Arequipa, Yamila Osorio said on the radio that three people were reported killed in Achoma and six in another village, Yanque.

“It was tragic. They got wounded people out as best they could,” said Yanque resident John Rivera on RPP radio.

“There were no lights, no beds. The electricity has got cut off. We still have water but we don’t know what will happen next.”

Earthquakes are fairly common in Peru but this one hit at a shallow depth of eight kilometers (five miles) Sunday night so damage could be heavy near the epicenter.

The epicenter was 10 kilometers (six miles) from the city of Chivay, capital of Caylloma province, according to the Geophysical Institute of Peru.

Two aftershocks hit Monday morning. The quake caused damage throughout an area of Arequipa called the Colca Valley, and several villages have been cut off.

“We felt a very strong tremor. It has caused devastation in the whole Colca valley,” the mayor of Caylloma, Romulo Tinta, told RPP radio.

“We have no communication links between the surrounding villages,” he added. “We are asking for heavy machinery to gain access.”

Osorio called for food and clothing to be airlifted to people left homeless by the quake.

“We are taking aid to Caylloma and the other districts affected by the earthquake,” Peru’s President Pedro Pablo Kuczynski said in a message on Twitter.

More than 80 homes have been left uninhabitable, but crews cannot reach the epicenter, said the governor of Arequipa region, Yamila Osorio.

Among the worst-hit spots was Yanque, a rural village of mud huts with some 1,200 inhabitants. About 60 percent of the buildings in the village were destroyed, said local mayor Anastasia Suyco. She said land access to the area was cut off.

“What we most need is to evacuate the wounded,” she told RPP.

“There are people who have been crushed by walls. The buildings here are rustic.”

The blocked roads were making it difficult for rescue teams to reach the region, Civil Defense chief Alfredo Murgueytio said.

Peru lies on the so-called “Ring of Fire” — an arc of fault lines that circles the Pacific Basin and is prone to frequent earthquakes and volcanic eruptions.

The last serious quake in Peru — strength 7.9 — struck on August 15, 2007. Its epicenter was on the central coast, just west of the major city of Pisco. It killed 595 people.

Two major 7.6-magnitude earthquakes jolted eastern Peru near its border with Brazil in November. They were felt across several South American nations, but no major damage was reported.