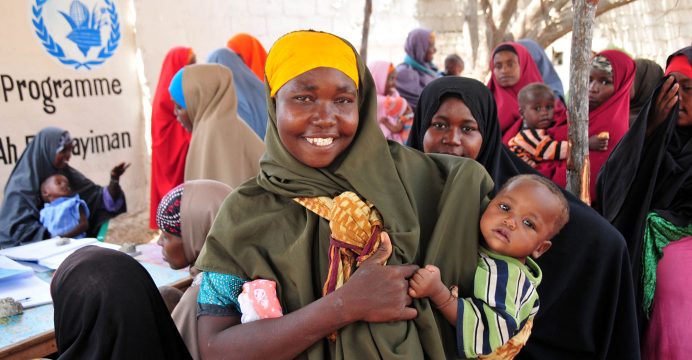 The Government of Japan has announced a donation of US$5 million towards the United Nations World Food Programme (WFP) emergency operations in southern Africa, where hundreds of thousands of people are currently facing food shortages due to drought, resulting in significant increases in acute food insecurity and malnutrition.

This timely contribution will allow WFP to provide food assistance to more than 300,000 drought-affected people in the four countries worst affected by El Nino between September and November 2016. Mozambique is to receive US$2.7 million, Malawi US$1.85 million, Lesotho US$250,000 and Swaziland US$200,000.

“WFP deeply appreciates this generous contribution by the Japanese government at a moment when we urgently need to move huge amounts of relief assistance into drought-hit areas — especially those which will be cut off when the rainy season starts,’’ said Chris Nikoi, Regional Director for southern Africa, adding that the drought emergency operation has only received 20 percent of the funding required to assist almost 12 million people across the region until next April.

During the 2015/16 growing season, Malawi was in the eye of the strongest El Niño event to hit Southern Africa in 35 years – causing widespread drought, primarily in the southern region of the country. Japan’s donation will help WFP assist food-insecure households with both food and nutritional support.

Emergency food assistance will also be brought into remote parts of both Lesotho and Swaziland to help hard-hit populations, while supporting the protection and rebuilding of livelihoods of food insecure households to improve their ability to withstand recurrent shocks.

The Government of Japan has been providing food support for communities in need in developing countries since 1968. During the past decade, Japan has contributed more than US$166 million to WFP’s operations in southern Africa.