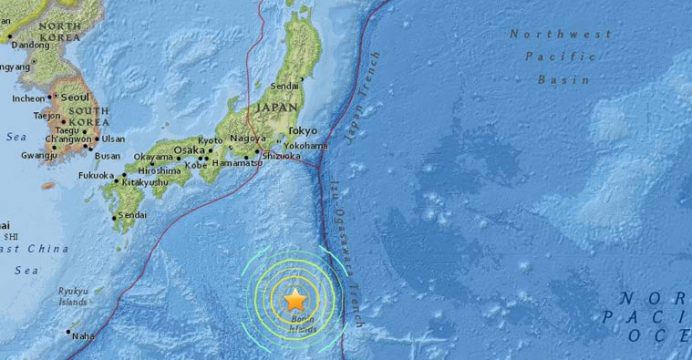 A magnitude 5.6 undersea earthquake struck Japan on Monday off the coast of Fukushima prefecture, though there were no immediate reports of damages, reports BSS.

The quake struck at about 4:00 pm (0700 GMT) at a depth of some 28 kilometres (17 miles), the US Geological Survey said. There was no threat of a tsunami from the quake, the Japan Meteorological Agency said.

Japan sits at the junction of four tectonic plates and experiences a number of relatively violent quakes every year, but rigid building codes and their strict enforcement mean even strong tremors often do little damage.

But the massive undersea quake that hit in March 2011 sent a tsunami barreling into Japan’s northeast coast, leaving more than 18,000 people dead or missing, and sending three reactors into meltdown at the Fukushima nuclear plant.