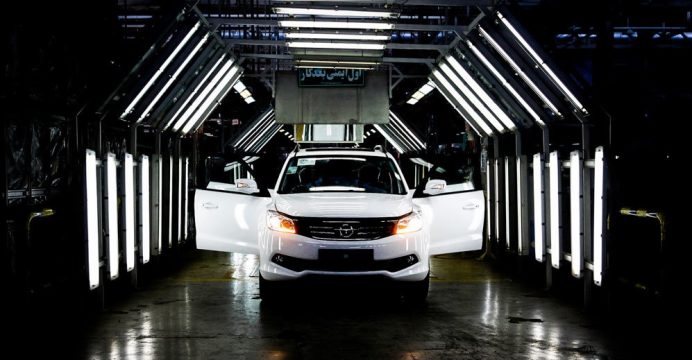 The new Haima S7 SUV with a turbocharged engine will be produced in Iran Khodro Khorasan (IKKCo) following its standard version, which is already being produced in this company.

In this respect, the Head of technology transfer department of the company sited, “Following a customer opinion survey, the production of turbo model was put on agenda on February and finally the first Haima S7 with the turbocharged engine was unveiled on July 25.”

According to Arabtorbati, the industrialization, standardization and the production quality phase is ongoing and the mass-production of the turbo Haima S7 will take place in this October.