On a 100-degree day in early June, Matt Mueller did sit-ups in a semicircle with seven other experienced firefighters training to parachute into a wildfire.

Better known as “rookie candidates,” they were determined to make it through the five-week program at North Cascades Smokejumper Base in Winthrop, Washington, where the first experimental jumps occurred in 1939.

“It’s sort of the spiritual home of smokejumping,” said David Ryder, who photographed the latest group of rookies for Reuters. “These guys are the elite of the elite.”

The 32-year-old freelance photographer said covering the record-setting wildfires in his home state of Washington over the past two years made him want to learn more about the people behind the acts of courage he had captured. 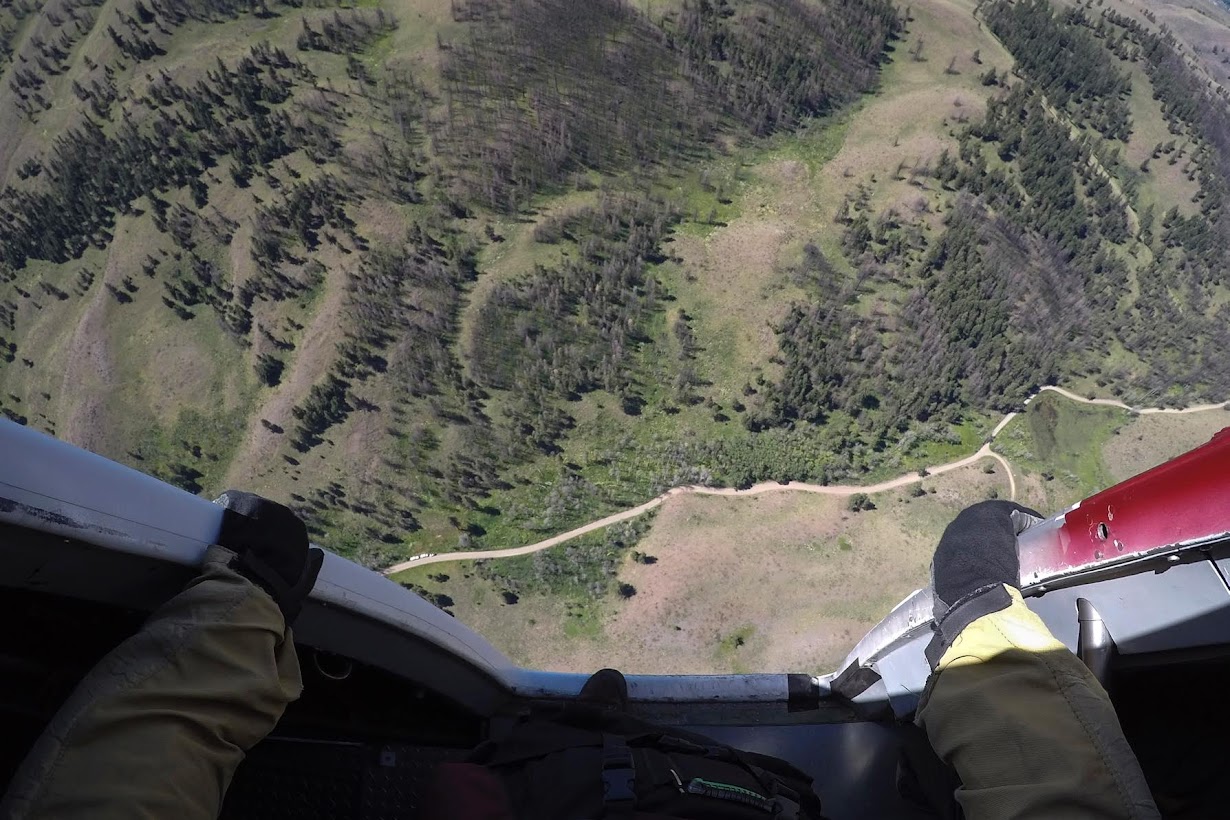 These rookie candidates were required to have basic firefighting skills; two seasons of forestry experience, one being a main fire position; be 5 feet to 6 feet 5 inches (1.52 to 1.96 meters) tall; and weigh between 120 and 200 pounds (54.4 to 90.7 kg), according to the base, reports Reuters.

“It can be dangerous work,” said Inaki Baraibar, North Cascades’ training supervisor. “It’s dirty work; you’re away from your family a lot.”

Mueller and his fellow trainees, who were almost completely covered in dirt and sweat, packed their parachutes, always anticipating two loud blasts of an air horn alerting them to a fire.

After the horn sounds, jumpers have two minutes to suit up in their protective gear.

Mueller, 31, was identified as having smokejumper potential from a pool of roughly 150 applicants.

He described the five weeks of training as “intense but doable” alongside his “rookie bros.”

“It’s the kind of thing you really don’t get through without bonding with the people around you,” said Mueller, who has been fighting fires for more than six years. “That’s just because it’s so tough.”

After successfully completing the program in late June, he was ready to work.

Two weeks ago, Mueller was eating his lunch when the air horn sounded.

“I dropped everything and ran to get suited up in under two minutes,” he recalled.

Mueller, who got married last October, said one of the hardest parts of his job is managing to see his wife and their daughter.

He has not returned home to New Mexico since he arrived at the base in May.

“My wife has been incredibly supportive, but she’s also very worried sometimes,” he said. “She let me chase my dream, which unfortunately takes me away from home a lot.”

Ryder, who has been a photographer for 13 years, did not get into the plane with the smokejumpers; he photographed the drill from below.

With a laugh, he recalled a training officer saying that if he thought a smokejumper would land on him, “not to run, just duck.”

Ryder rented two GoPro cameras, attaching one to a wing on the plane and another to the helmet of a smokejumper. The camera clicked every two seconds, leaving him with thousands of shots.

“There’s always weird, surprising stuff that happens, but you never know what it’s going to be,” he said.

Ryder captured one of those spontaneous moments when one of the rookies took his first jump straight into a pile of cow manure.

When Ryder returned later in June, all eight rookies had recently attained full smokejumper status, which has never happened before, according to Michael Noe, the base’s operations manager.

“I’d go out on a limb and say that they are an exceptional group,” said Noe, who has been working there for 18 years.

“We’ve also always had a couple rookies drop out during the training, but not this year.”

But that does not mean the rookies do not slip up from time to time.

Ryder also took an impromptu shot of a rookie recruit who had dropped his helmet from the top of a jump tower.

His punishment was to do squats while carrying a giant boulder.

“It’s called the prayer rock,” said Baraibar, the base’s training supervisor. “It offers jumpers a moment of reflection and reinforces the idea that there was something they could have done better.”

While Baraibar can “show teeth” when he needs to, he said his style is to encourage jumpers to play into their strengths.

“That’s optimal, in my opinion,” he said. “You want someone who’s not too hyped, not too relaxed, but stable.”

Ryder said covering a memorial service in Washington State for three firefighters killed while battling a wildfire in August 2015 was eye-opening.

“That really put everything into perspective for me,” he said.

Still, he reflected on the rewards of such responsibility.

“Some of the firefighters talk about getting bit by the ‘firebug,’ being up that close, seeing the power of nature, seeing this incredible release of energy,” Ryder said. “It’s definitely captured me, too.”