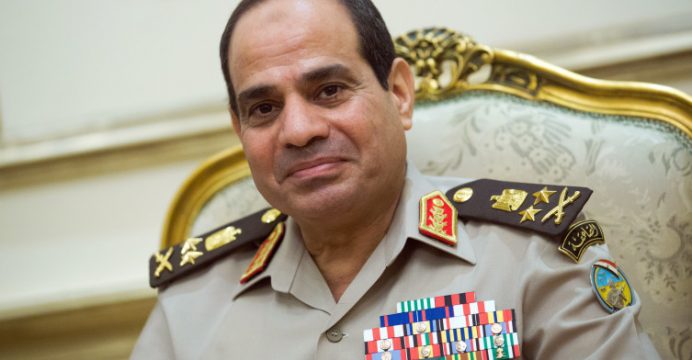 Sisi’s comments come after an initial agreement with the International Monetary Fund for $12 billion in financing that hinges on a reform package slashing state spending and the devaluation of the Egyptian pound.

Parliament is also expected to pass a law introducing a value-added tax to raise state revenues. Egypt’s economy has been battered by turmoil since a 2011 uprising ousted veteran strongman Hosni Mubarak, ushering in unrest that has driven away tourists and foreign investments.

“The first attempt at real reform was in 1977,” Sisi said in a speech aired by state television during the launch of an ethynyl plant in the coastal city of Alexandria.

The country had been rocked by riots that year after president Anwar Sadat said he would end basic subsidies as demanded by the World Bank in return for a loan.

“The people’s reaction caused the state to backtrack, and it has continued to delay (the reforms) till now,” said Sisi.

“All the hard decisions that many over the years were scared to take: I will not hesitate for a second to take them,” he said.

Sisi took aim at the country’s bloated bureaucracy, saying the state had hired hundreds of thousands of people who were not needed.

“When I appoint 900,000 people in the public sector because of pressure for jobs, at a time when I really don’t need anything from them… what effect will this have?”

The government has already partially cut fuel and electricity subsidies, but the gradual reforms have been limited so far.

“We are trying to bridge the gap between resources and spending,” Sisi said.

He called on Egyptians, especially “the great Egyptian lady,” to use less electricity and water.

“Please… she can — with her presence in society and the family — decrease a lot the consumption of water and electricity, and other things that are a burden on the economy.”

Although growth increased under Mubarak, economic disparity fuelled the 2011 uprising that ended his three-decade rule.

He was succeeded in 2012 by Islamist president Mohamed Morsi, whose government negotiated for an IMF loan but avoided austerity measures that could provoke unrest. Sisi, a former army chief, led the military ouster of Morsi in 2013, winning elections a year later.

Morsi’s overthrow unleashed a brutal police crackdown on Islamists, while jihadists have launched an insurgency that further drove tourists away and decimated a major source of foreign currency income.

In October 2015, the Islamic State’s Egypt affiliate announced it had downed a Russian passenger plane carrying holidaymakers over the Sinai Peninsula, killing all 224 people on board.

The attack prompted Russia to cancel flights to Egypt, and Britain to stop flights to the Sharm el-Sheikh resort airport in Sinai, where the jihadists planted the bomb on the Russian plane.