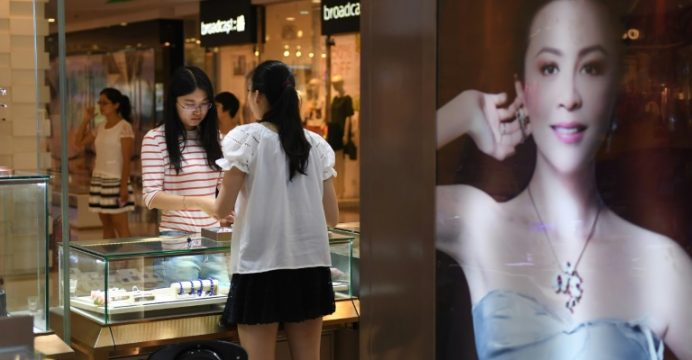 The figure was a sharp slowdown from the 10.6 percent increase in June and came in below the median forecast of a 10.5 percent rise in a Bloomberg News poll of economists.

Industrial output in the world’s second-largest economy rose 6.0 percent in July over the year before, the National Bureau of Statistics (NBS) said, while fixed asset investment (FAI), a gauge of infrastructure spending, rose 8.1 percent in the first seven months of the year.

Beijing is looking to retool the economy from reliance on investment spending and exports to one driven more by consumer demand, but the transition is proving bumpy and gross domestic product growth is slowing.

The NBS said in a statement China’s economy was “basically steady” in July but said that “serious disasters” from flooding and high temperatures in some parts of the country caused some indicators to slow.

“However, overall economic development kept performing in a proper range with a steady pace, as a result of stable employment and prices, deepened supply-side structural reform and accumulated new impetus,” it said.