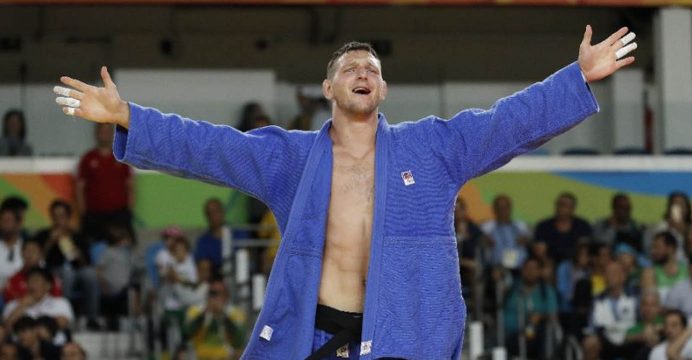 Czechoslovakia won a bronze medal at the 1980 Games in Moscow boycotted by many Western nations, but this was the Czechs’ first judo medal since separating from Slovakia.

“It’s amazing that I’m the first Czech athlete to win a medal in judo, and on top of that it’s gold,” said Krpalek.

“It’s a huge thing for the Czech Republic and also for our sport. It’s a very important success.”

Krpalek threw Elmar Gasimov of Azerbaijan for the maximum ippon in the
final with an inner reap technique before the two shared a sporting hug and soaked up the fans’ acclaim in the Carioca 2 arena.

“We’ve known each other since the juniors and we’re good friends,” said Krpalek.

“We’re rivals on the mat but in normal life we’re friends.”

The winning throw was a rare moment of classical judo in a bout otherwise defined by the fighters’ distinctly wrestling styles.

Krpalek, the 2014 world champion, had been the most enterprising of the pair and shocked Gasimov with a surprise attempt at a rear directional throw.

The Czech had earlier ousted the reigning world champion Ryunosuke Haga of Japan.

Cyrille Maret of France slammed Germany’s Karl-Richard Frey into the mat for ippon to win bronze while Haga submitted Ukraine’s Artem Bloshenko with a triangle choke to claim the other bronze medal.