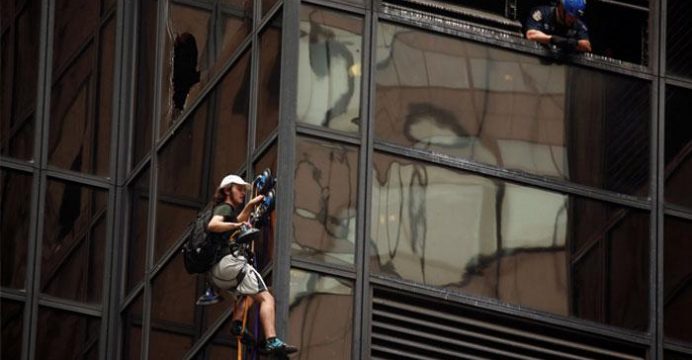 A man spent three hours Wednesday scaling Trump Tower, the New York home and headquarters of the Republican nominee for US president before police captured him through an open window, reports BSS.

The 20-year-old Virginia man wanted to meet Trump, police said, without providing his name. He had been edging his way up the side of the building gingerly — sometimes with his feet dangling precariously as he gripped the suction cups — on a hot and steamy afternoon. 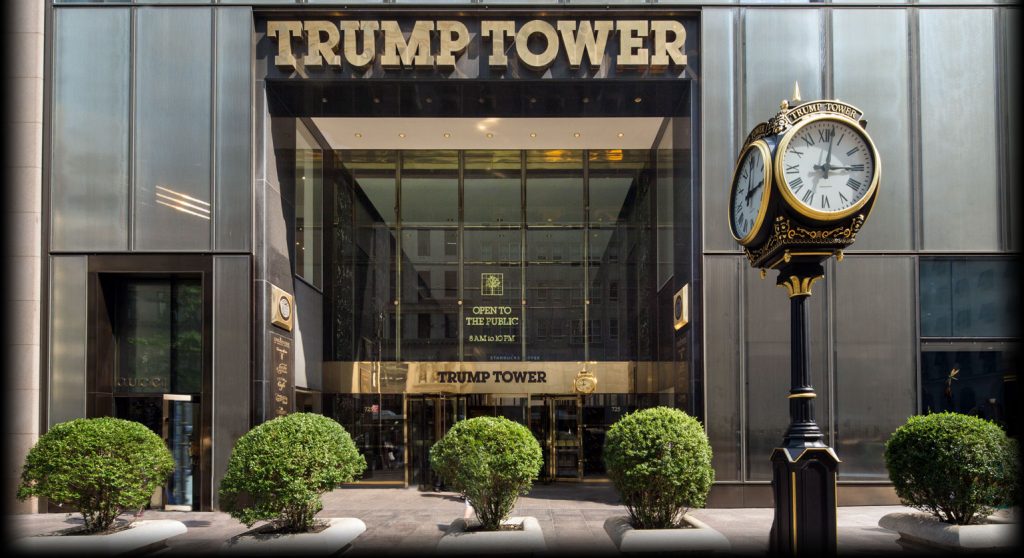 New York billionaire Donald Trump was outside the city on Wednesday, holding a rally in Virginia with another event planned later in Florida.

Police who received an emergency call around 3:30 pm (1930 GMT) initially believed they were dealing with someone who wanted to jump from the building.

“We were able to break a window and establish some type of dialogue and we then secured three jumper air bags and numerous amounts of equipment for a high-angle rescue job,” Manhattan South police commander William Morris told reporters after the incident.

A crowd of mesmerized onlookers watched the climber along with reporters and police, who cordoned off the block between Fifth and Madison Avenues. The climber wanted a face-to-face meeting with Trump, as explained in an anonymous YouTube video, Morris said.

“At no time did he express that he wanted to hurt anybody,” he added. “His sole intention was to meet with Mr. Trump.”

In the video, titled “Message to Mr. Trump (why I climbed your tower),” a young man dressed in a black hoodie with his face partially obscured exhorted Americans to vote for the Republican in November.

“The reason I climbed your tower was to get your attention,” the man said, addressing the White House candidate and identifying himself as “an independent researcher.”

“As for anyone else who’s watching, please help make this video go viral so that it gets to Mr. Trump and be sure to get out and vote for Mr. Trump in the 2016 election,” he added.

There was no immediate confirmation of the video’s authenticity. Police removed two windows from the 21st floor and it was there that officers grabbed him around 6:35 pm (2235 GMT).

The climber had started his ascent from a terrace area on the fifth floor and managed to initially evade police by climbing around an opened window and washer scaffold. Police took him to a hospital for a psychological evaluation, after which he would be arrested, Morris said.

“We’re working with the Manhattan District Attorney’s office to determine the appropriate charges,” he said. Trump lives in a marble triplex at the top of the 68-story building, which is also the headquarters of his Trump Organization and election campaign.

The Republican nominee unleashed a firestorm on Tuesday when he suggested that “Second Amendment people” — those who support gun rights — could take action to stop Hillary Clinton from appointing US Supreme Court justices as president.

Since he launched his controversial, media-saturated bid for the White House, the tower on New York’s prestigious Fifth Avenue has become a magnet for tourists.

Members of the public are free to roam inside the atrium until 10 pm most days as part of an agreement that allowed Trump to build 20 stories higher.