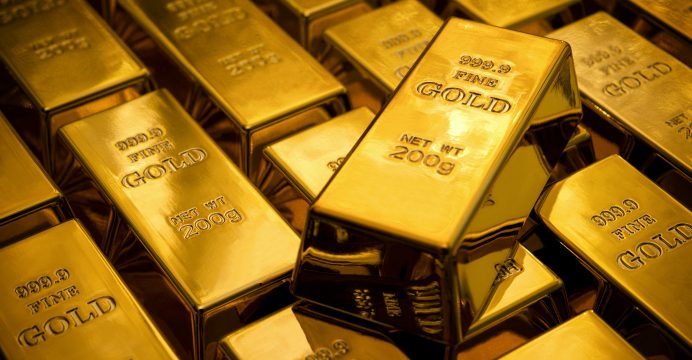 Investment demand reached 448 tonnes as investors sought risk diversification and a safe store of value in the face of continued political, economic and social instability, it said.

Exchange traded funds (ETFs) performed well at 237 tonnes during the April-June period, while bar and coin demand was also up in a number of markets, including the US, at 25 tonnes (up 101 percent).

“The strength of this quarter’s demand means that the first half of 2016 has been the second highest for gold on record, weighing in at 2,335 tonne.

“The global picture for gold is dominated by considerable and continued investment demand driven by the West as investors rebalance their investments in response to the ever-expanding pool of negative yielding government bonds and heightened political and economic uncertainty,” WGC Head of Market Intelligence Alistair Hewitt said.

While there were increases in jewellery demand in the US (up 1 percent) and Iran (up 10 per cent), the customary powerhouses, China and India, saw drops in the second quarter of 15 percent to 144 tonnes and 20 percent to 98 tonnes, respectively.

India, it said, was further impacted by rural incomes remaining under pressure, as well as the government’s decision to increase the excise duty, it opined.

Meanwhile, China faced a challenging quarter against a relatively soft economic backdrop and the implementation of new hallmarking legislation in May, the WGC report said.

“The foundations for this demand are strong and diverse, drawing on a broad spectrum of investors accessing gold via a range of products, with gold-backed ETFs and bars and coins performing particularly strongly.

“But the global gold market is and has always been, based on balance: so whilst investment is currently the largest component of demand, we see a gradual return for the jewellery market in the second half of 2016,” Hewitt pointed out.