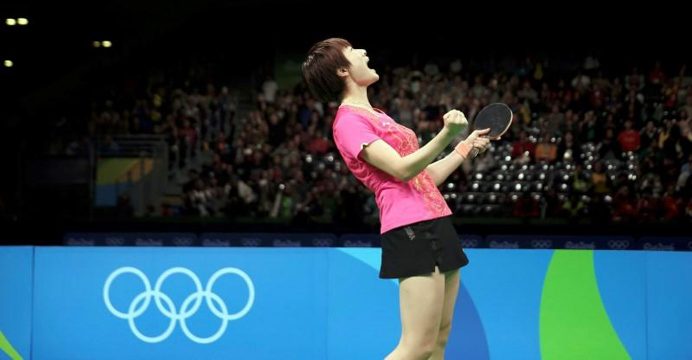 The world number two, who left the London Games with a silver medal four years ago amid tears after a spat with the referee, fell to her knees and sobbed into her hands upon clinching gold.

“I feel that I am more mature than I was four years ago, and I feel that both parties showcased very high standards in today’s final,” Ding told reporters.

The two were matched set for set throughout, winning points by returning hard-of-reach shots, using trickery and sharp smashes before Li slid behind in the final set, eventually losing 11-7.

The Olympic win gives the 26-year-old Ding a grand slam of titles after her brace of World Cup wins and two world championships.

Li, 28, said she had given her best. She said she had not trained sufficiently over the last four years because of injuries and had vacillated on retiring. 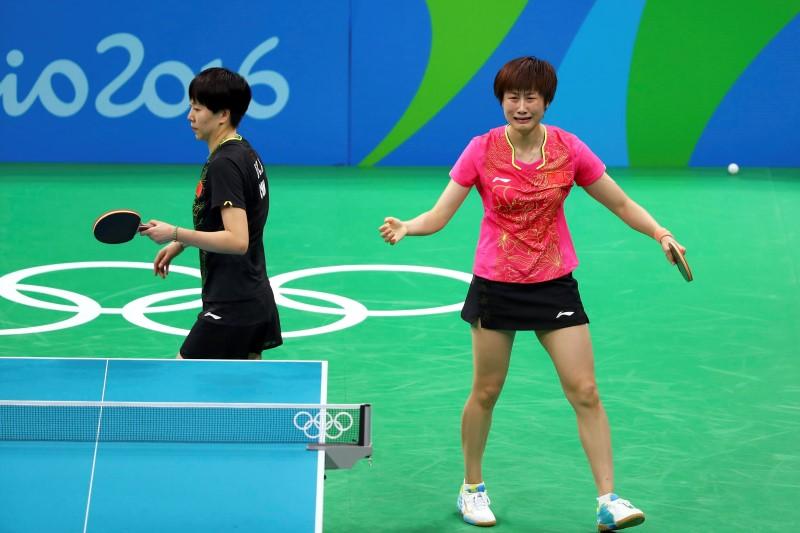 “I do think if I had spent one year properly training I feel that I would have won today’s match. I can say that with certainty,” she told reporters. “But I have no regrets.”

The China vs China final reflected the country’s continued domination of the sport. World number one, Liu Shiwen, watched the match from the sidelines after failing to be picked for the singles event.

The country took all six Olympic medals in the men’s and women’s singles event in 2008, prompting a rule change to only allow two players from each country compete. This, however, did not stop them from sweeping the gold and silver spots in London.

North Korea’s Kim Song I, who was playing in her first Olympics, took bronze with a 4-1 win over Japan’s Ai Fukuhara amid loud cheers by her country’s delegation in the crowd.

Kim hugged her coach and cried into her towel after her win, before running off when reporters tried to approach her for questions.