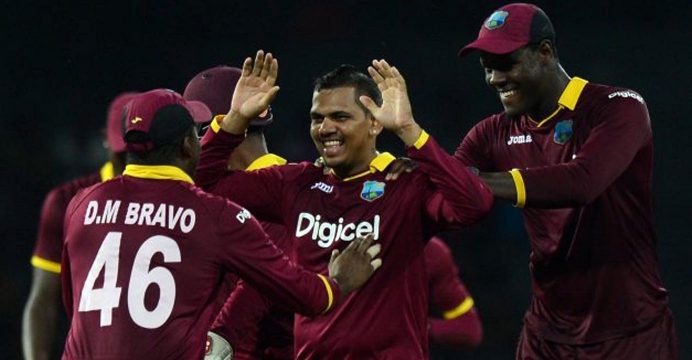 The ICC today confirmed it has sanctioned two T20 International matches between India and the West Indies to be held at Fort Lauderdale in the USA on 27 and 28 August 2016.

“The ICC has approved these matches because they can play a significant role in the long term development of cricket in the USA,” says ICC Chief Executive David Richardson.

In light of USACA’s current suspension from membership of the ICC, and under the ICC’s approved cricket regulations, the responsibility of determining whether cricket matches staged in the USA should be sanctioned lies with the ICC. Decisions around sanctioning domestic or international cricket will be taken in a manner that supports the ICC’s continued efforts to develop the sport of cricket in the USA for the benefit of the entire cricket community there.

“Having the ICC World T20 Champions playing India in Florida will undoubtedly inspire both existing and new fans and players, but perhaps more importantly, the sanction fees will be invested into the ICC’s ongoing work to lay a sustainable foundation for the development of cricket in America.

“This, along with ongoing investment from the ICC to help grow the sport in the USA will be used for specific programmes as part of the ICC’s long-term strategic framework in the USA. In line with this strategy we are working with our stakeholders in the USA on the development of a new constitution and governance structure that the entire USA cricket community can unify behind. We are absolutely focused on creating a sustainable structure to allow cricket to flourish at all levels in the US.”

Ben Kavenagh of ICC Americas explains how the ICC and sanction fee investment is having an impact in the US: “We are working at a number of levels across the sport in the US at the moment including facilitating events such as the ICC World Cricket League tournament that will be held in Los Angeles, as well as the preparation of the US team and the development of facilities. We are also focusing on coach education that will support growth of local systems and we are about to launch an introductory cricket programme across a number of American universities in partnership with NIRSA.

“We will also look to explore how a proportion of the money can be invested locally in Florida around the matches through school and community engagement, but it is important that this is part of a wider plan for cricket there and not just a one-off exercise.”

David Richardson added: “We understand that the USA cricket community is thrilled at the prospect of international cricket being staged in the USA and that this venture has the support of USACA as well as all of our other stakeholders in the USA. We hope this will act as a further catalyst in our attempts to galvanise the governance of the sport in the USA.”