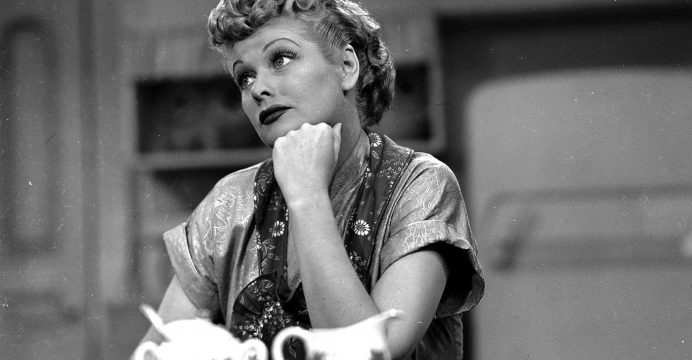 A new statue honoring the “I Love Lucy” star was set to be unveiled on Saturday in Celoron, New York, on what would have been Ball’s 105th birthday, after residents of her hometown made it clear they did not “love” an unflattering previous version.

The life-size bronze artwork was created by the well-known sculptor Carolyn Palmer, whose proposal was selected from more than 60 submitted by artists around the world.

The statue at Lucille Ball Memorial Park will replace another that was installed seven years ago. Critics panned the sculpture, saying it looked nothing like the iconic redhead, and it eventually became known as “Scary Lucy.”

Palmer spent nine months working on the project, including watching countless episodes of “I Love Lucy” and hiring models to pose in 1950s-style dresses, reports Reuters.

“I not only wanted to portray the playful, animated and spontaneous Lucy, but also the glamorous Hollywood icon,” Palmer said in a statement.

Palmer has sculpted a number of other famous figures. Her marble statue of Pope Francis stands at the papal residence in New York City, where the pope blessed it during his visit last year.

A bronze version of that statue is being produced for St. Patrick’s Cathedral in New York.

“I Love Lucy” aired in the 1950s and is considered one of the greatest television comedies ever. Ball played the wife of bandleader Ricky Ricardo, who was portrayed by her real-life husband, Desi Arnaz.