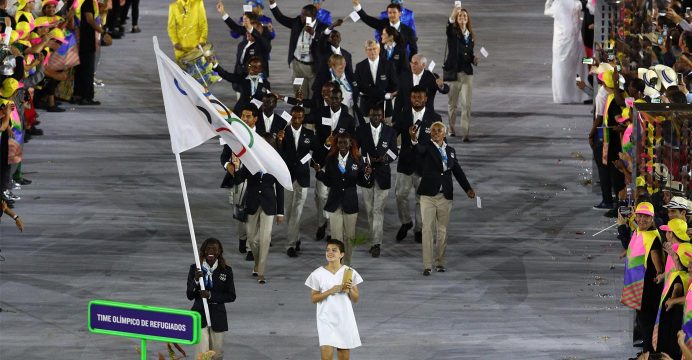 In Rio 2016 Olympic, Ten refugees made history as members of the first-ever Refugee Olympic Team. They havestarted competing in their heats at Rio2016.

The team includes two Syrian swimmers, two judokas from the Democratic Republic of the Congo, a marathoner from Ethiopia and five middle-distance runners from South Sudan.

After the excitement of the Opening Ceremony, the Games have got underway and Refugee Olympic Team’s Yusra Mardini immediately made a splash. Her time was actually 1:09.21 – fast enough to win her heat, but too slow to qualify for the semifinals.

“It was amazing. I am really happy.” Says Yusra looking emotional after her race. #TeamRefugees #RioOlympics2016 pic.twitter.com/7lZVebnyZ9

The UNHCR chief also visited the athletes at the Olympic Village. Here he is pictured with Kenyan marathon hero, Tegla Laroupe – who is also the official head of the Refugee Olympic Team. 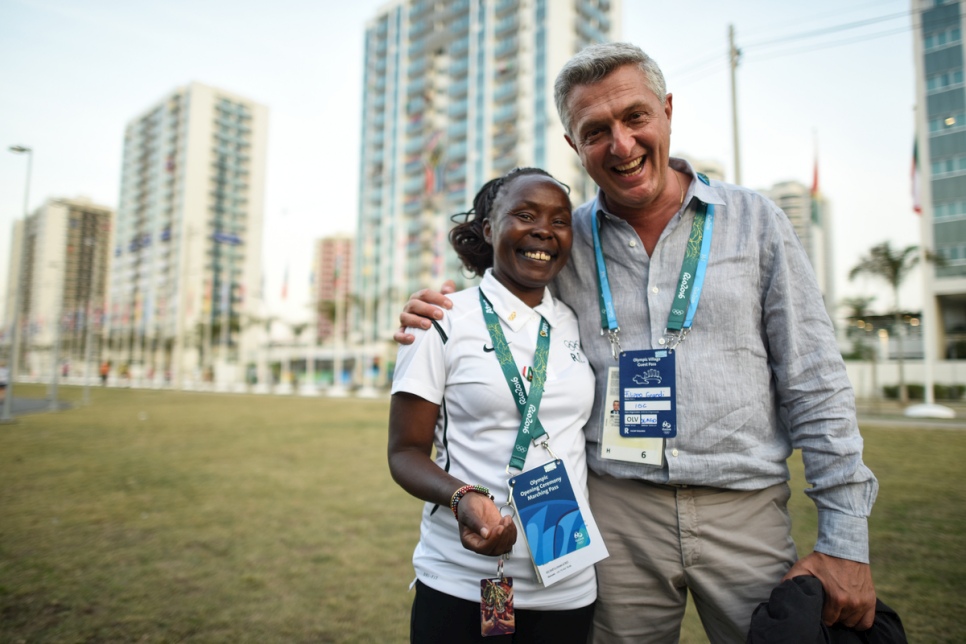