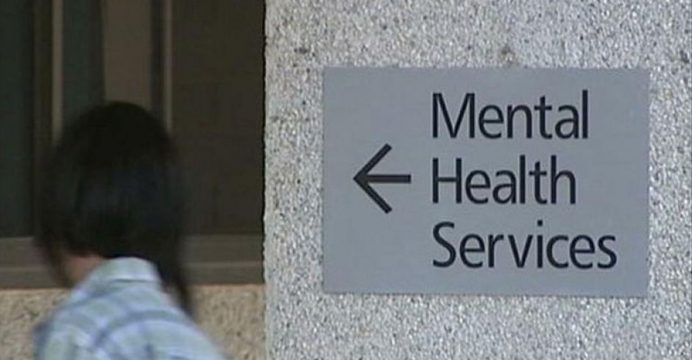 Treating people with mental ill health in hospitals with locked wards, as opposed to hospitals without locked wards, does not reduce their risk of suicide attempts or of unauthorised absence from hospital, also known as ‘absconding’, according to a new 15-year study in Germany of around 145000 patient cases, published in The Lancet Psychiatry journal. The authors suggest that an open-door policy may foster a better therapeutic atmosphere and thus promote better health outcomes for people on psychiatric wards.

Although the authors caution that the findings may not apply to all countries, they say the study raises important questions for mental health services worldwide that may increasingly rely on locked-door policies, restricting patients’ personal freedom to supposedly keep them safe from harm. Practice varies widely across Europe and seems to be mainly based on local tradition, as there has been little evidence to date to justify this practice in favour of an open-door policy.

In this large observational study, the authors analysed data from 21 German hospitals, gathered between 1998 and 2012, to examine the association between locked- or open-door policies and the rates of suicide, suicide attempts, and absconding in patients. Of 349574 initially eligible patient cases, 72869 cases from each hospital type were included (total of 145738 cases) creating matched pairs to allow direct comparison between hospitals. Main diagnoses included organic disorders (brain disorders such as dementia), substance use disorders, schizophrenia spectrum disorders, affective disorders (mood disorders such as depression), stress related disorders, and personality disorders.

The primary measured outcome was completed suicide, and the secondary outcomes were suicide attempts, absconding with return, and absconding without return. Data was divided into hospital type (hospitals with or without an open door policy) and ward type (locked, partly locked, open, or day clinic wards).

Hospitals included in the trial were obliged by the state to provide care to all individuals from a specific geographical area. Therefore, the authors say that patients at higher risk of self-harm and absconding were no more likely to be admitted to nearby hospitals with locked wards, reducing the risk of bias.

According to Dr Christian Huber of the Universitäre Psychiatrische Kliniken Basel, Basel, Switzerland, “These findings suggest that locked-door policies may not help to improve the safety of patients in psychiatric hospitals, and are not generally successful in preventing people from absconding. In fact, a locked-door policy probably imposes a more oppressive atmosphere, which could reduce the effectiveness of treatments, resulting in longer stays in hospital. The practice may even lend motivation for patients to abscond.”

Although this study only looked at German hospitals, the authors say the findings could challenge current medical practice in many countries, where locked wards are increasingly used. However, they warn that further studies will be needed to see if the findings are applicable for mental health services in different countries, as the number of beds available, the percentage of acutely ill patients and the length of treatment might be different in between countries. For instance, in Germany, there are about 1.1 psychiatric care beds for 1000 inhabitants, whereas in the UK and USA there are less than half this (0.5 beds per 1000 inhabitants in the UK vs 0.3 in the USA) meaning that countries with fewer beds are potentially more likely to only admit severely ill patients at greatest risk of harm to themselves.

The authors note that the study only looked at suicide, self-harm and cases of absconding. It did not monitor suicide, self-harm or harm to others among cases of absconding since data is not available for those who did not return. However, as co-author Professor Undine E Lang of the Universitäre Psychiatrische Kliniken Basel, Basel, Switzerland, explains: “Most people with mental health disorders are at greater risk of suicide and self-harm than of harming others. Other studies have shown that most cases of absconding result in very few cases self-harm or harm to others. Our study suggests that the safety of locked wards for the prevention of suicide or self-harm might be overestimated, and patients at high-risk of self-harm or suicide may be lost from treatment.”

Writing in a linked Comment, Professor Tom Burns of the Department of Psychiatry at the Warneford Hospital, University of Oxford, Oxford UK, says: “Throughout western psychiatry we are witnessing a shift to ever more compulsion and control. National variations seem to reflect local customs and tradition, rather than any demonstrated differences in patient characteristics and needs. At its most basic, this increased compulsion reflects a casualness about patients’ rights that calls for urgent attention—virtually every national code of practice is committed to the concept of the least restrictive alternative. This increase in control might also indicate a more worrying trend—a neglect of attention to establishing trusting relationships with troubled and severely mentally ill individuals. If we lose the emphasis on this core skill from our training and practice, it could be very difficult to re-establish. Therapeutic engagement and continuity of care need to move back up our profession’s priorities.”