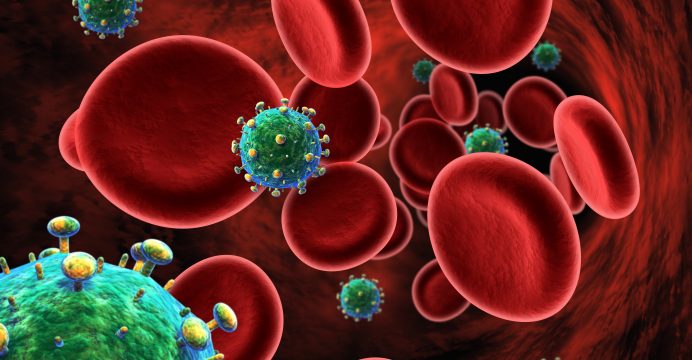 People infected with a parasitic worm called Wuchereria bancrofti in areas where HIV is endemic may be more likely to acquire HIV than people who are not infected with the worm, according to a new study in southwest Tanzania, published in The Lancet. W bancrofti causes most cases of lymphatic filariasis (elephantiasis) in sub-Saharan Africa, and the authors say that the findings add a strong argument for tackling this neglected disease, which not only causes morbidity, but may also increase the risk of HIV infection.

Lymphatic filariasis affect one in four people in Tanzania, and has long been suspected to be one of the factors driving the HIV epidemic in sub-Saharan Africa, but previous studies have focused on individuals who are already co-infected with both HIV and parasitic worms. This paper is the first study focusing on HIV susceptibility in individuals with lymphatic filariasis. W bancrofti is a mosquito borne parasitic worm (or helminth). Worldwide, it causes 90% of lymphatic filariasis cases, a disease commonly known as elephantiasis, which is a neglected tropical disease as defined by the World Health Organisation. Lymphatic filariasis currently affects 120 million people (mostly in Asia, Africa, the western Pacific, and parts of the Caribbean and South America) and causes abnormal enlargement of limbs, causing pain, severe disability and social stigma.

In this study, conducted between 2006 and 2011, the researchers analysed 2699 people in the Kyela district of Mbeya, southwest Tanzania. Participants were visited once annually for 5 years and interviews were conducted to measure behavioural factors involved in HIV acquisition such as sexual activity. Samples of blood, urine, stool, and sputum were collected to test for HIV and for W bancrofti infection, as well as for Schistosoma haematobium, intestinal helminths, tuberculosis, and malaria.

The authors say that although they controlled for HIV risk factors such as sexual behaviour and socioeconomic status, the observational nature of the study means that it does not definitively prove cause and effect, but does add to evidence of an association between lymphatic filariasis and HIV infection. The study controlled for malaria, tuberculosis, and other parasitic infections, but did not find any impact of these factors on the increased risk of HIV acquisition. The authors say this highlights the dominant association with filariasis.

Prevention of W bancrofti infection currently focuses on using mosquito nets and other repellents, as well as treatment with antifilarial drugs such as diethylcarbamazine, albendazole, or ivermectin.

Dr Kroidl adds: “Lymphatic filariasis elimination programmes in the past decade have focused on the reduction of transmission but made only limited efforts to cure W bancrofti infection. Lymphatic filariasis, together with other helminth infections, belongs to the 17 neglected diseases as defined by WHO. Our findings add another argument to push neglected diseases, in this case filarial infection, into the focus of global prevention strategies, as they create not only morbidity but in addition may generate an increased risk of acquiring HIV.”

A number of other infections such as chlamydia, herpes, and syphilis are known to increase susceptibility to HIV. The most effective and evidence-based methods of reducing HIV transmission are the use of condoms, male circumcision, pre-exposure prophylaxis, HIV screening and limiting the number of sexual partners.