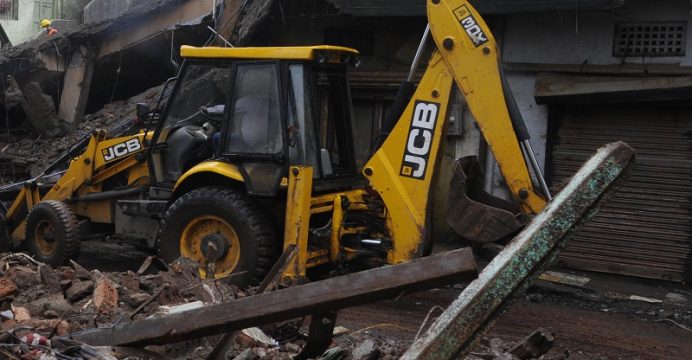 Family of six feared trapped in building collapsed in Mumbai

Rescuers were searching on Sunday for a family of six feared trapped in a building that collapsed and killed two people on the outskirts of the Indian city of Mumbai, police said, reports BSS.

Emergency workers were using mechanical diggers and other equipment to remove slabs of concrete and mud, but police said there was little hope of finding the family including three children alive.

The two-storey building that had earlier been declared dangerous by local officials crumbled overnight in the district of Thane outside Mumbai following days of monsoon rain. 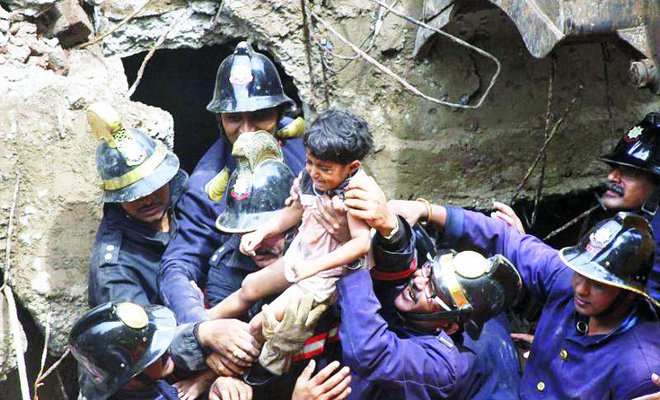 Two people were pulled alive from the debris but rescuers also recovered two bodies, said DM Katke, a senior police inspector in the Bhiwandi residential area where the collapse occurred.

“Luckily two of them were fine but the other two couldn’t survive the collapse,” Katke told AFP.

“Locals have told us that there is another family, which includes three children, under the rubble. The chances of them having survived the collapse are very bleak,” he said, adding that the family numbered six members.

Katke said local officials had earlier declared the building too unstable for occupation. Building collapses are common in India, especially during the annual monsoon season.

Millions are forced to live in dilapidated properties because of rising real estate prices and a lack of housing for the poor.

A booming economy has also led to increased demand for apartments, with unauthorized multi-storey structures mushrooming on the outskirts of cities and towns.

A dilapidated building killed 12 people when it collapsed outside Mumbai last August. Nine people died the same month when another old three-storey building collapsed in monsoon rain in the Mumbai suburb of Thakurli.