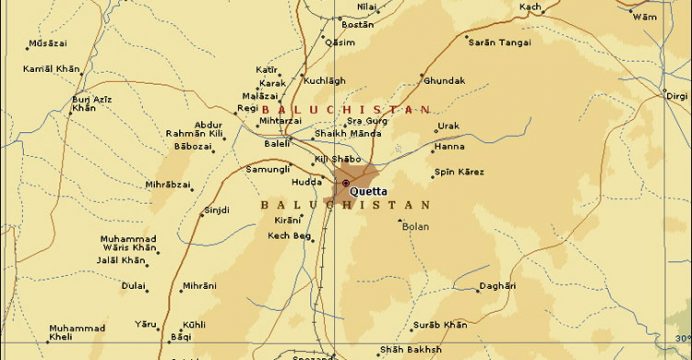 At least five people were killed and 30 were wounded when a bomb went off at a major hospital in the southwest Pakistani city of Quetta, a senior official said, adding the death toll might rise, reports BSS.

Akbar Harifal, the home secretary of restive Balochistan province where the explosion occurred said: “The blast occurred after a number of lawyers and some journalists had gathered at the hospital following the death of the president of the Balochistan Bar Association in a separate shooting incident early this morning.”

The bar association president, Bilal Anwar Kasi, was targeted by two unknown gunmen as he left his home in the morning for work.

There were no immediate claims of responsibility for either attack. Balochistan, which borders Iran and Afghanistan, has oil and gas resources but is afflicted by Islamist militancy, sectarian violence between Sunni and Shiite Muslims and a separatist insurgency.